Snapchat is one of the most popular social platforms in the world. Snapchat has a number of interesting features including streaks, snaps, and much more. Furthermore, it is also one of the best platforms for content creations as it also features different episodic seasons. However, in this article, we will tell you what does pending on Snapchat means and how to fix it.

What does Pending on Snapchat Imply?

When the term ‘pending’ on Snapchat appears next to a message, it implies that the app is experiencing difficulty sending the message. A grey arrow will also show next to the word. This generally indicates that you are not friends with the person to whom you are attempting to send the message. It may have been a mistake on your part, or your Snapchat friend could have deleted you or their whole Snapchat account. 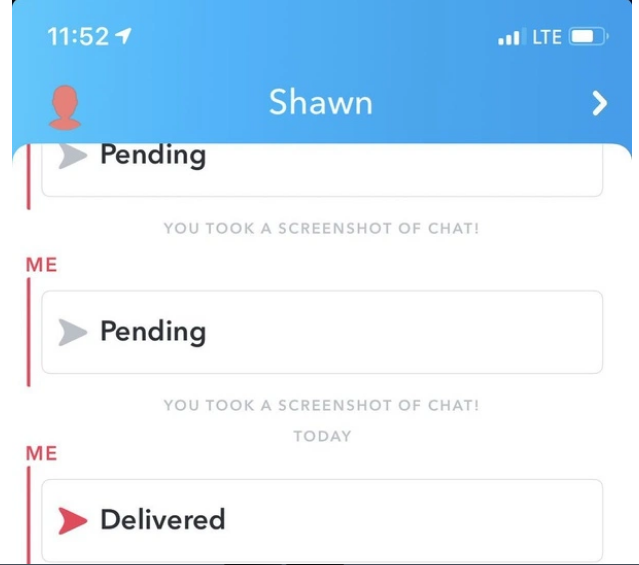 A Snapchat “pending” label is often displayed next to a friend’s name on the Chat tab, next to a friend’s name on their profile, and within a DM or conversation. In contrast to a generic error notice, a Snapchat pending warning indicates that the app will keep attempting to send until it is either received or you explicitly cancel the entire process.

Does pending on Snapchat mean getting blocked by someone?

No, this does not surely mean you have been blocked by someone. Normally, when you send someone a text or snap on the app and you get the ‘pending’ arrow, this can imply that the other person has not accepted your message or friend request. T[though, it could also mean that the user has blocked you and does not want to receive any messages from you.

Here are the common reasons why ‘Pending’ shows on Snapchat

You are blocked by a friend: Because Snapchat does not notify you if someone has blocked you, this might be the cause of the pending message. However, someone who blocks you on Snapchat will usually be entirely hidden from you.

Your smartphone or tablet is not connected to the internet: While offline, Snapchat will not function and will display a “Waiting to send” pending message till your smart device reconnects to a cellular or Wi-Fi network.

It can be a Glitch as well. Mostly, it isn’t unusual for an application to have some glitches. In such a scenario, it could be that the application simply isn’t acting accurately. Apart from closing it and opening it again, or checking for updates, you should apparently check for any known outages.

Your Snapchat Friend Deleted Their Account. There can be another explanation for your pending problem can be the fact that your Snapchat friend has removed their account. However, your Snapchat friend’s name won’t yet disappear from your list, but you won’t be able to send them texts or snaps and you will see the Snapchat Pending notification at the right side of their name.

How long can pending messages on Snapchat last?

How to know if someone deleted you on Snapchat?

Do you want to know if someone deleted you on Snapchat pr not? Well, you can do this by visiting your follower’s list and checking if the particular user’s name has disappeared or not. Snapchat won’t send you any notification if you have been deleted from a friend list or in case someone has unfollowed you.

You can also check by following the below-mentioned steps:

If the name doesn’t appear it implies that someone has deleted you and if it appears then it means that the person hasn’t deleted you.

How can you view your Snapchat history?

One good thing about Snapchat is that it allows its users to see their entire Snapchat history and monitor the precise time and moment on which they sent a snap to someone.

This can be done on a PC or on your smartphone.

How to check if messages have been delivered on Snapchat?

There’s also the possibility that your message is “waiting” because the app has got some glitches. If you wish to double-check, uninstall and then reinstall Snapchat. Even a simple restart of your iPhone or Android smart device may frequently resolve issues like these.

Check out? This phone is the fastest to make snaps; claims Snapchat