The company also revealed the fact that their subscriber base had grown to above 300 million active users per month and it enjoys market penetration of approximately 99% in Spain, 90% in Brazil and 96% in Hong Kong measured amongst smartphone messaging apps.

Voice messaging in smartphones is not a new phenomenon, with apps such as BBM (used on Blackberry OS 5.0 and higher), WeChat and Line (popular in Asian markets) already offering these services to its users. 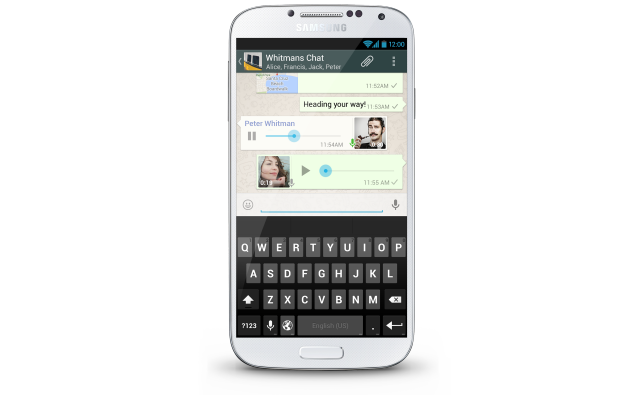