WhatsApp is one of the most popular messaging Apps that always used to bring exciting features in order to remain in the limelight. WhatsApp for Android has received a new beta version – v2.19.21 recently. The WhatsApp Latest Update has not brought significant changes. However, it has come up with 21 new emoji designs for the Android Users.

WhatsApp Latest Update Have A New Layout For 21 Emojis

According to the latest reports by beta tracker WABetaInfo, WhatsApp for Android beta v2.19.21 is now available via the Google Play Beta programme. Furthermore, it shows new emoji designs for 21 symbols. Let’s have a look at that. 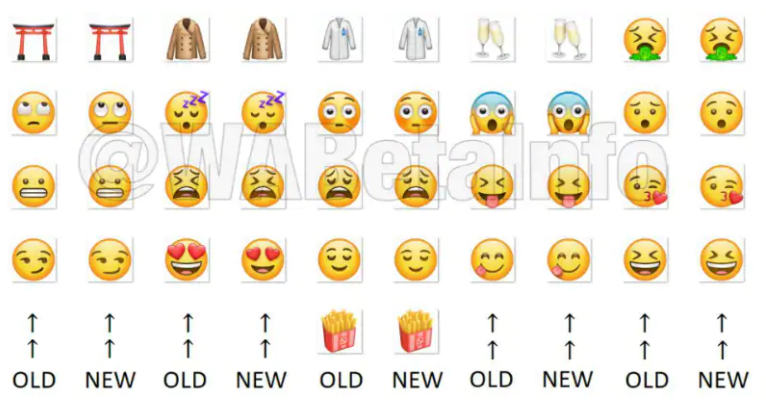 In addition to that, we also came to know that the upcoming update will bring Dark Mode. The Facebook-owned company, WhatsApp is also releasing some other cool features that will provide an improved user experience. According to the previous reports, Whatsapp will incorporate a fingerprint lock mechanism in order to address privacy concerns. After that, you will not have to download lock apps from the Google play store. Furthermore, the upcoming WhatsApp Update is also expected to make it able for you to view videos directly from the notification tray now. This feature was limited to images and GIFs but now it will be available for the videos very soon.

In addition to all this, WhatsApp’s new Consecutive Voice Message feature is also expected to make its way to the Android users. This feature will automatically play the next message after you finish listening to the first one. The last but not the least change will be the capability that will allow the users to search for their favorite Stickers by just keying in the relevant word. This will make communicating with speakers quick and reliable. Let’s see when will this update with cool features make its way to the users.