It has been a while that WhatsApp same account can be operated from multiple devices (at least in desktops). With the WhatsApp Multi-Device option you can use and maintain the WhatsApp account even if there is no active internet connection on the mobile phone. This feature being exclusive to desktops and PCs, the Android tablet users or those who have secondary smartphones were left out. Now the rumor has it that this  WhatsApp multiple-device feature will soon be available on secondary smart devices i.e. tablets and phones.

In the latest WhatsApp beta for Android version 2.22.10.13, a screen was uncovered, which points out to the option of registering WhatsApp on other Android device as a secondary companion for your primary phone with WhatsApp on it. (as seen in the pic below) 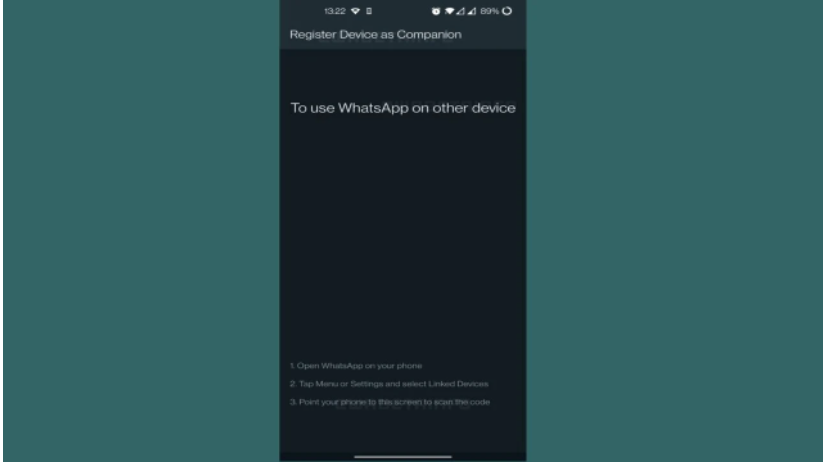 In the picture it can be seen that the new WhatsApp section is called “Register Device as Companion”. The description explains that this new feature will allow WhatsApp on another device. The picture of the “Register Device as Companion” seems not to be the final view. Though the instructions below clearly states it that with QR code scan by the primary WhatsApp device, another android smart-device can be linked with it.

Back in 2021, WhatsApp hinted of syncing the messages with other mobile Android devices. According to the screenshots that were taken last year, it showed a splash screen during setup instructing that your secondary WhatsApp installation is currently downloading recent messages.

Back then it was not clear whether this function will be limited to classic secondary devices like tablets and Chromebooks. With this week screenshots it is pretty clear that it will support mobile phones.

One should not keep their hopes too high as WhatsApp still has the full right to withdraw this functionality from the upcoming update. At the moment things do seem to be going right and we may soon have this functionality.