WhatsApp keeps on launching new features and this is the only reason that it is the widely used platforms having millions of subscribers. However, some features are launched for good global reasons as just recently WhatsApp has launched Message forward feature that will help people to detect whether the message is spam or Fake. This movement has come after Facebook was termed as the social hub for the spread of fake news and creating unrest in several countries like India. In this digital world, such platforms are used to spread fake news and people keep on forwarding them without any proper authentication. Due to WhatsApp’s end to end subscription, no one can see what is being spread on the platform. So, now WhatsApp new Feature: Forwarding Info and Frequently forwarded, will fight the spread of fake news.

This feature will be included in beta version 2.19.80. This  Feature allows users to see how many times a message he or she received has been forwarded. In order to get this information, the user will have to forward received message, open the info section of that message and he will get data. The message that is forwarded for more than five times will get a bubble that notifies “Frequently Forwarded.” 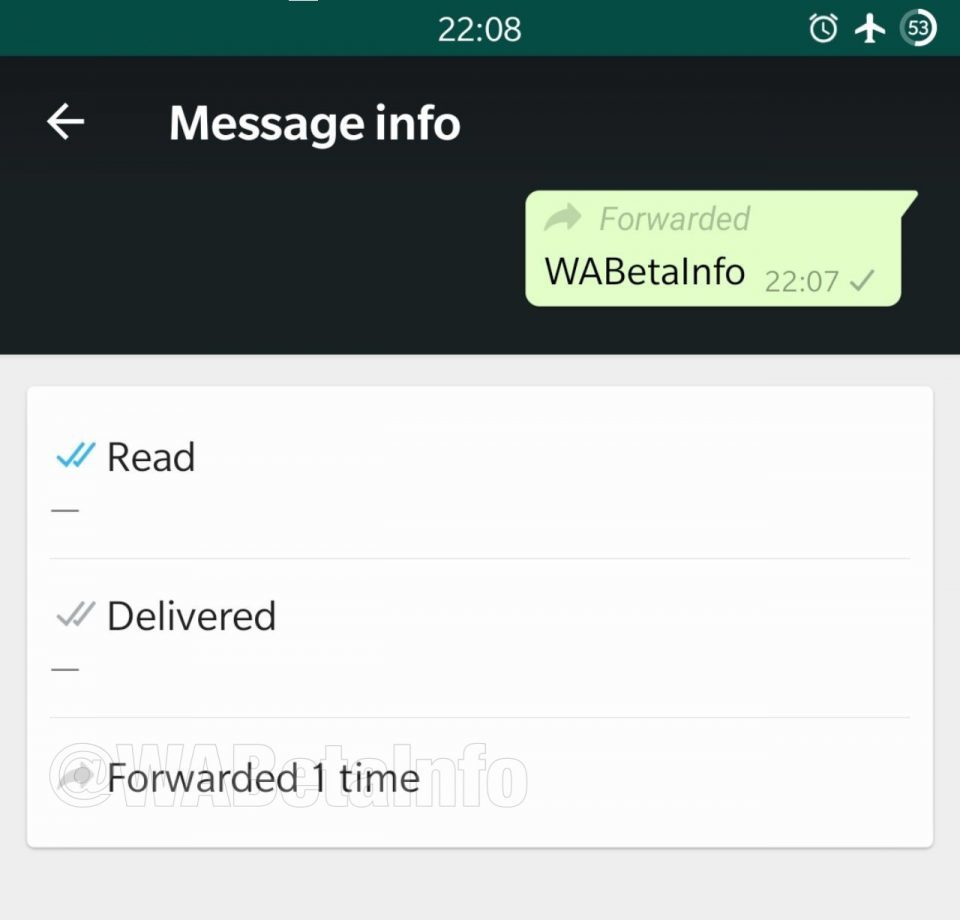 However, a confusing thing about this feature is that it will only allow those users who have forwarded the message to see whether it is fake or not through its forward message count. It means, in any case, such messages will be forwarded to other people who may believe it.

Maybe those people will spread it more without proper authenticity and the end result would be the same: unrest in society. In my opinion, WhatsApp should include some better means. Moreover, WhatsApp Business for iOS is launched. For more information, click here.