Instant messaging services pioneered the concept of online statuses, allowing users to determine whether or not the receivers are available to read their messages. That ultimately developed into “Last Seen” information, which allow others to see a private aspect of your life. WhatsApp may be contemplating a means to offer users more control over who can and cannot view it.

This was posted on Twitter by WABetaInfo, the major independent source where you can find news and real-time updates regarding WhatsApp.

The first important news about WhatsApp beta for Android and iOS is announced today: you will be able to disable privacy settings for specific contacts in a future update!https://t.co/DyibmUYZAA

The update will be available on WhatsApp beta for both Android and iOS. Currently, the Facebook-owned messaging app includes three privacy settings (last seen, profile picture, about) with three ways to manage these settings (everyone, my contacts, nobody).

RELATED: Whatsapp launches Money Heist sticker-Here’s How you can download it

It is worth mentioning, though, that if you disable your last seen status for certain contacts, you will also lose access to theirs. The feature is still in development, therefore it may take some time until it is available to users. However, like with any new feature, it will first be available to users on the beta channel. You will be able to hide your profile image and “about” information from certain individuals, in addition to your last seen status. 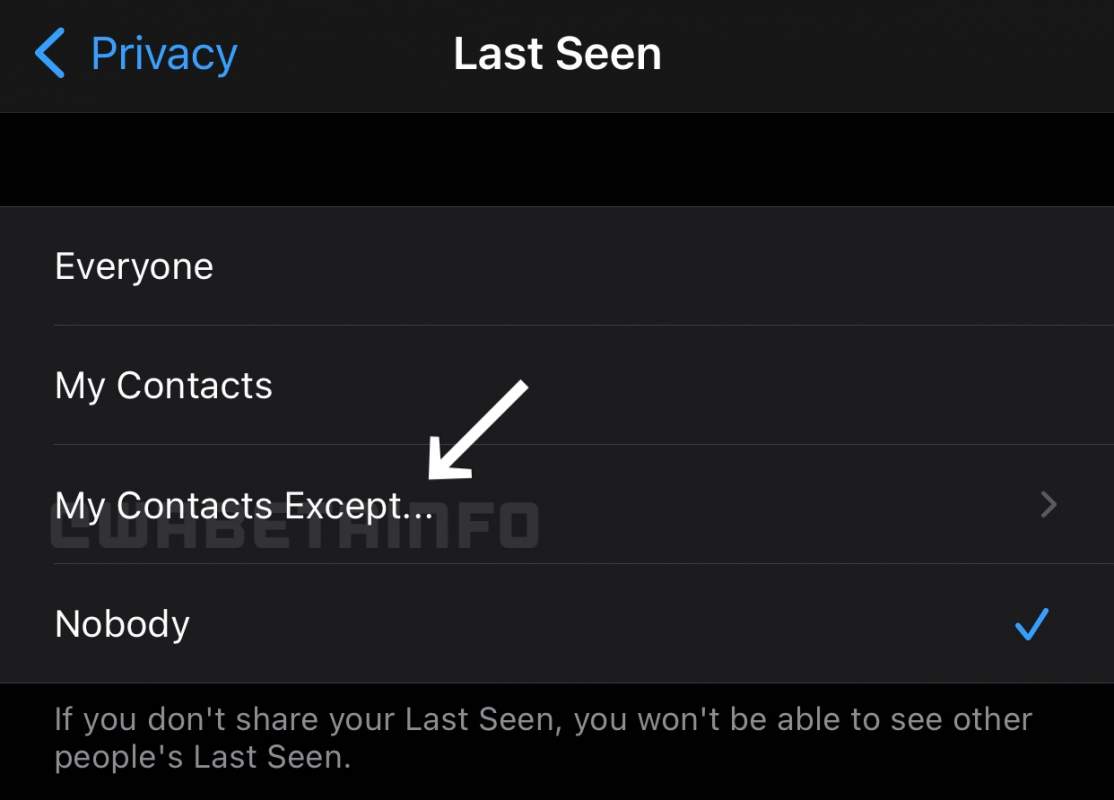 The above screenshot was obtained from WhatsApp on iOS, but there’s no reason to assume it won’t be accessible on Android as well. However, no one knows when this feature will be available because it is apparently still under development.

In this example, you can see “My contacts except” for last seen, but it will also be used for other privacy settings, such as “profile photo” and “about.”

The feature, which was made accessible to certain beta testers in July, is anticipated to be available on the top Android phones before the end of the year. You will be able to use your WhatsApp account on up to four devices at the same time once it is generally accessible. Furthermore, you do not need to be linked to your phone in order to send or receive messages.