WhatsApp is getting better day by day-Thanks to the newly introduced feature. The messaging giant has now launched a new feature named WhatsApp Quick Edit feature that has made its users’ life easier. Now one would be able to edit sent or received images within the app. previously we had to go to the gallery in order to edit the image, and in this way leaving the app had used to consume more time of ours.

WhatsApp Quick Edit Feature will save a lot of Time

Facebook Quick Edit feature is in a testing phase for both Android and iOS and only time will tell who will receive this feature first. WhatsApp is planning to launch other features as well, and just like those features, the launch date of this particular feature is not announced yet. 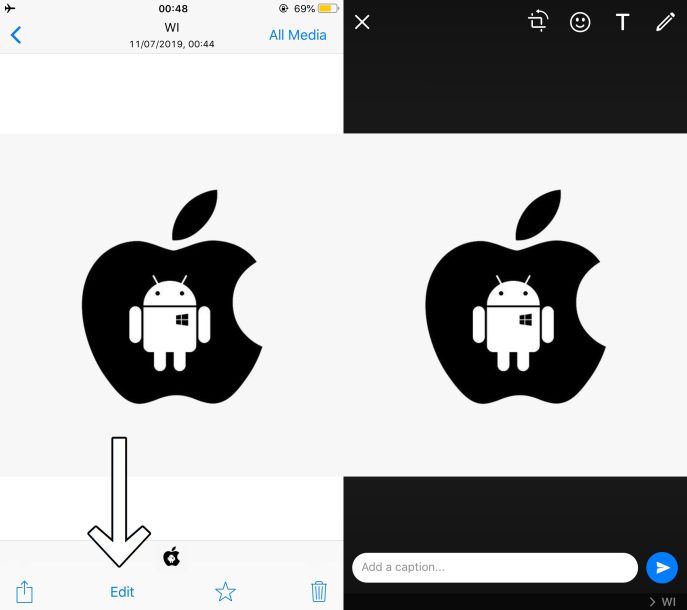 However, WABetaInfo has posted few of the screenshots of this feature confirming that it is in the testing phase. According to the screenshots, WhatsApp will add new edit button next to the share and favourite button in the app.

Upon clicking on the Edit button, you will be given editing tools. These tools are exactly the same which we see before sending the image to the recipient. These tools include crop, add text and addition on doodle on the image. But now things would be better, as editing image within the app will be less fussy and will save time.