The year 2020 was troublesome because of the COVID-19 pandemic. The pandemic not only changed the way we live but also the way we interact with each other. Now 2021 has started but the pandemic is not in full control. Just to maintain the social distance, the New year’s eve was also not celebrated as it had to be before. People have to celebrate the eve while staying at home which helps the WhatsApp to set a new record. WhatsApp Set New Record During Socially Distanced New Year’s Eve by making 1.4 billion voice and video calls. 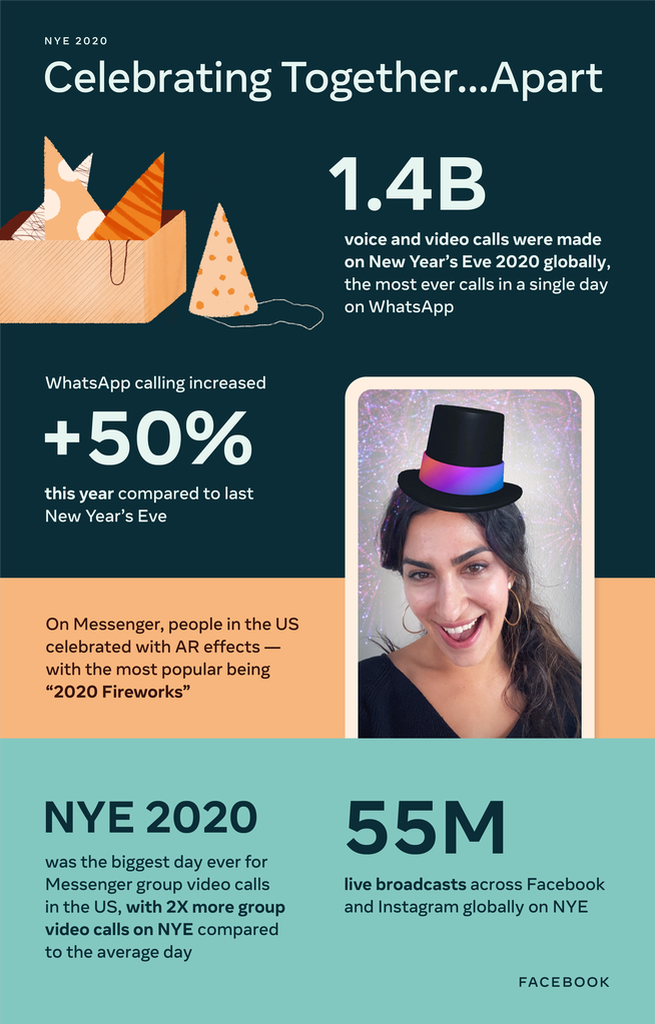 Among these apps, WhatsApp has made the most ever calls in a single day globally. Moreover, it is a 50% increase as compared to the same day last year.