WhatsApp, mobile messaging giant has started rolling out one of the most anticipated feature i.e. Voice calls

According to a report by GSMArena, Reddit user Pradnesh Patil (pradnesh07) was able to get the feature on his Nexus 5, which runs android 5.0 Lollipop. He posted screenshots and even a video of WhatsApp’s new interface that features voice calling. Tt works on all Android phones (and not just Android 5.0 phones) and in other countries.

[blockquote cite=”Patil”] The calling feature is included in WhatsApp’s new build (2.11.508) which is only available on WhatsApp’s website at the time of filing this story. So users will need to download the .apk file and side-load the app until it arrives on the Play Store.
[/blockquote] 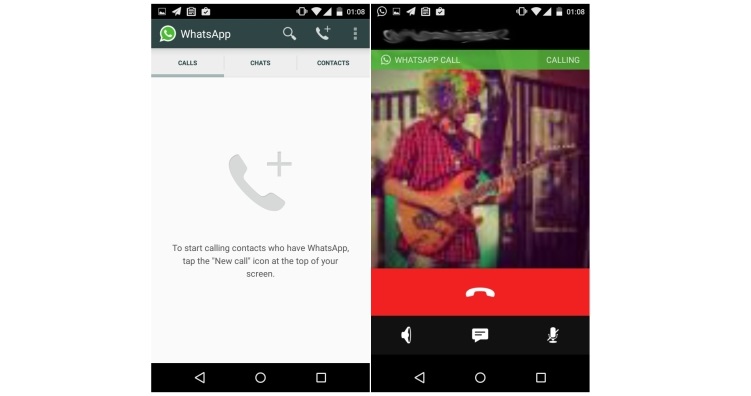 This feature is not available for everyone; it will only work if someone who has it enabled calls them through WhatsApp.
There is a fair chance that WhatsApp is still working on its voice calling feature, that’s the reason it has not announced the rollout of the feature yet.

But we hope soon everyone can enjoy this offer because it would make the life of people so easy and enjoyable. After this they don’t have to be worried about the balance.