WhatsApp keeps on introducing new updates in order to remain in the limelight. WhatsApp Stickers is one of the most popular features on the messaging app till date. Recently, we have come to know WhatsApp Sticker Integration with the third-party keyboards is under testing.

We all know that WhatsApp Stickers has a dedicated slot on the app’s keyboard. However, all the users have access to a set of few stickers that have been designed by WhatsApp itself. Now, this new update will allow all the users to access stickers that are being created by third-party developers. After this update, you will be allowed to separately download entire sticker packs from the Google Play Store or Apple App Store.

WhatsApp Stickers Integration had been enabled in WhatsApp since December 12, 2018.  However, the feature is not currently available in GBoard. The new feature will allow stickers sent from keyboards such as Gboard to be shown as stickers, not images. According to WAbetainfo, things will change a little bit. 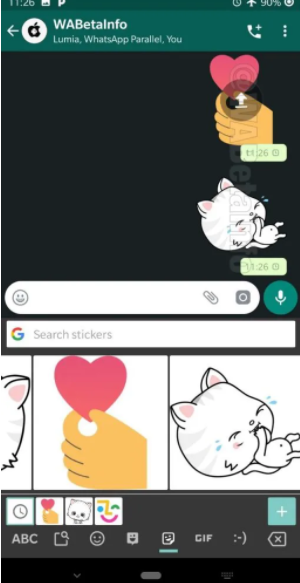 So, according to the latest reports, a new GBoard Beta update will be released in the near future that will offer Sticker Integration. All you have to do is to install the latest WhatsApp Beta for Android. In addition to that, a few days back, iPhone Users have also received WhatsApp private reply feature. It allows all the iOS users to reply to a group privately in one to one chat. It means that if you are doing a group chat with someone and you want to reply to some particular person which no one else should see, it can be done with the private reply feature. With the private reply feature, you can reply to a particular message which has been sent in a group to that sender privately.