In September, WhatsApp’s European subsidiary in Dublin was fined by Ireland’s Data Protection Commission (DPC) for violating the rigorous GDPR standards that regulate data sharing in the EU. The DPC decided that WhatsApp had not been clear enough about how it handled users’ data in its decision.

After being fined a record €225 million by Irish data security officials earlier this year, WhatsApp has updated its terms of service. The revised policy, which was released on Monday, goes into greater detail about how the Meta-owned firm gathers and utilizes consumer data, as well as how it is stored and when it is erased. WhatsApp has been the subject of many controversies since it last changed its privacy policies earlier this year. Millions of subscribers were forced to shift to other messaging applications as a result of the adjustment. 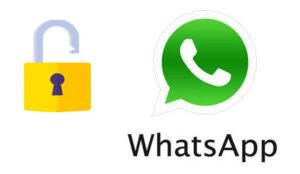 Following a record €225 million fine, the messaging app was compelled to alter its rules again after many months. WhatsApp has said that this upgrade does not affect how it obtains data but does fulfill the transparency standards of European Union privacy regulators. The most serious criticism leveled at WhatsApp was that it does not disclose how it collects and handles data from its users. It fails to sufficiently tell users about how the software recognizes people in their contact lists, among other things.

The €225 million penalty was the largest ever imposed by the Irish Data Protection Commission (DPC), the EU’s leading privacy authority for Meta (previously Facebook) and other social media businesses.

According to a WhatsApp representative, the upgrade “does not impact our dedication to user privacy or the way we manage our service, along with how we handle, utilize, or exchange your data with anyone, including Meta.” We safeguard all personal communications using end-to-end encryption, which means no one, not even WhatsApp, can read or listen to them no matter where you are on the globe.

You may be also interested in: PUBG: New State Latest Update will Come with Feature that Allows to Ban Game Cheater