WhatsApp has the habit of launching new features which is the only reason this platform never gets old. The messaging app launched the disappearing messaged in November. With this feature, the messages including text, photos, and videos are automatically deleted after a span of 7 days. However, it was such a long time and users demanded to alter this feature and make it to few hours. The company finally listened to the demands and was working on the WhatsApp View once messages feature which has now entered the testing phase.

As the name reveals, this feature only lets the receiver view images/ videos once. After the recipient is done with viewing photos/ videos once, they will automatically disappear. Such messages do not even leave previews.

WhatsApp View Once Messages Feature Arrives Beta: Are you Part of Test?

Messages encrypted with the view once can be sent to both individual or group chats. Just like disappearing messages, this feature also needs to be activated. This feature can be activated by tapping the circled 1 in the text box as shown below: 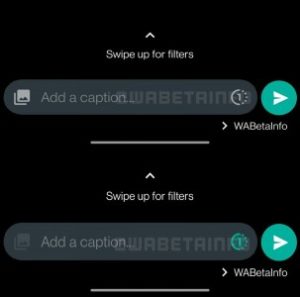 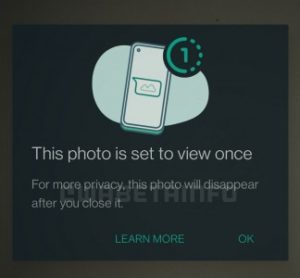 The best thing about this feature is that it works even if the receiver app does not support it yet. Currently, as a part of the test, only the beta version of the Android app (2.21.14.3) supports sending view one messages.

The only and biggest glitch in this feature is that it does not save users against screenshotting and screen recording due to which this feature will not serve the purpose it is actually made for. Though WhatsApp is trying to copy Snapchat as far as this new feature is concerned, it does not alert you when someone takes a screenshot. The company should also do something about it.

Are you the lucky one to be a part of this test and received this feature? Let us know in the comments section below.