A grey/parallel market is the trade of a product through distribution channels that are legal but unintended by the original manufacturer, as per Wikipedia definition. The trader or retailer actually goes for parallel ways to import smartphones in order to escape from taxes of a country. Buying grey market products is not illegal but it has some major cons which will be explained in this blog.

Why We Should Not Buy Grey Channel Mobile Phones?

Reasons Why We Should Not Buy Grey Channel Mobile Phones?

Here are some of the reasons that will help our readers to convince that instead of saving 2 or 3 thousands we should not go for grey devices:

Why Retailers Go for Grey Channels?

The grey channel imports are not only detrimental for the consumers and the distributors but is also causing major loss to the national exchequer. Thousands of cell phones enter the market every month through grey channels, escaping the taxation system. In a time when Pakistan’s economy is already in need of a major boost, these illegal activities are further hurting the country. Therefore it is the pressing need of time to take decisions to curb parallel imports of cell phones.

Although the reduced price is an important factor, but customers do not realize or probably ignore knowingly that with price, their reliability is also compromised

Customers are requested to buy mobile phones from shops and official online stores with official warranties and “PTA Approved” icon on the boxes. Here is a sample: 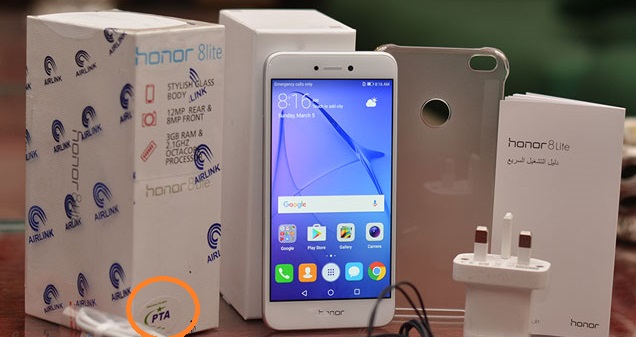 Smart devices are quickly becoming the necessity of current techno-age and it is important to ensure that only high quality and safe are sold in the market. This is only possible when a proper mechanism is followed and all the products are imported through legalized way; which PTA is in the process to develop one such system soon.