[dropcap1]S[/dropcap1]oftware giant has unveiled Windows Phone 8, the new version of its Smartphone operating system. Windows 8 introduces significant changes to the operating system’s graphical user interface and platform; such as a new interface design incorporating a new design language used by other Microsoft products, a new Start screen to replace the Start menu used by previous versions of Windows, a new online store that can be used to obtain new applications, along with a new platform for apps that can provide what developers described as a “fast and fluid” experience with emphasis on touch screen input. The new OS looks impressive on several levels: [list style=”list4″ color=”yellow”] [/list] 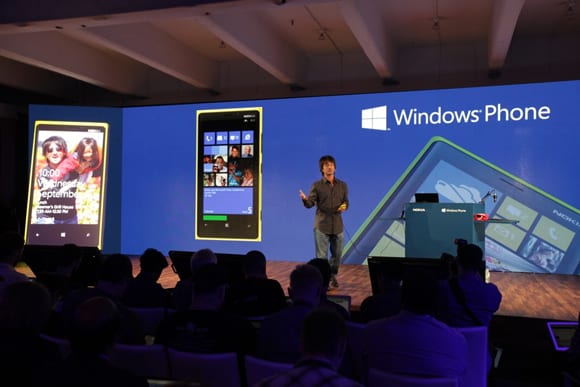 Admins will like features that let them manage WP8 devices using the same tools they use to manage the desktop, as well as the ability they’ll have to set up apps for users without having to go through the Marketplace.

ADVANTAGE FOR BUSINESS USERS:
[dropcap3]A[/dropcap3]pple and android phones filled the gaps like bring your own device BYOD, in which employees are increasingly bringing their own mobile devices to work and using them to access company resources like email, file servers, and databases–continues. But what about Windows Phone?
Unlike the iPhone and Android phones which show you screens and screens of small app icons, the Metro UI in Windows Phone features bright and colorful “live” tiles that morph as your phone is synced with real time information.
The People Hub, one of the main tiles on the home screen, can be particularly useful for business users. You can pin an individual, such as a manager or important client, to your start screen in a separate tile. This lets you see new emails, text messages, missed calls, and comments via social media from that person right on your start screen.
You can also organize your contacts into Groups so you can email, text, or chat with a whole group at once. By pinning a group to the home screen, you’ll see missed calls, new messages, and social networking updates from members of the group anytime you launch your phone.
You can also pin documents and spreadsheets to your start screen so as to easily view and edit them. For instance, while at a conference you could pin the event itinerary so as to quickly see what’s coming up next or where you need to go. 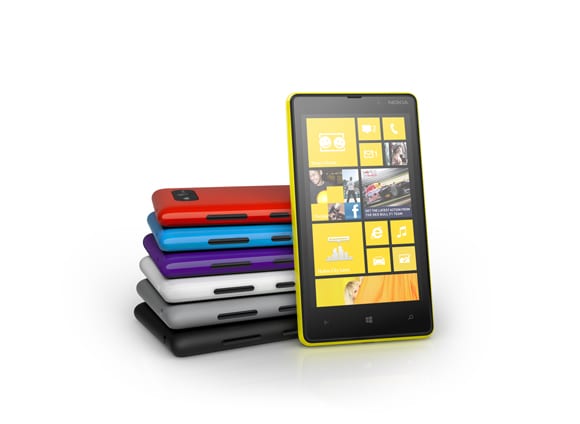 APP BY WINDOWS PHONE :
One complaint people sometimes lodge against the Windows Phone ecosystem is that it doesn’t have anywhere near the number of apps that Apple or Android have in their app stores. That’s true, but Microsoft is working hard to get developers more invested in coding for the platform. In fact, the company gives developers free phones and promises to prominently locate them in its app store and advertising spots. It also generously finances the creation of apps that are popular on the other two platforms.
As such, many of the most useful apps you can get on the other two platforms are available from the Windows Phone Marketplace, such as Skype, Evernote, Amazon Kindle, Facebook, Twitter, and more even these features are much better than the other two at counterpart.
Example:
LINKEDIN makes good use of the Metro design in its Windows Phone app and updates its stream in real time with posts from connections, news affecting particular industries and updates from professional groups. It also lets you search for jobs and follow news from your favorite companies.
MICROSOFT’S SKYDRIVE APP: which is available in the Windows Phone Marketplace and lets you create and edit various kinds of file types–documents, presentations, spreadsheets, and more–right inside a Web browser, share them with others, and access them from your phone or other device.
MEDIA AND GAMING:
Audio, graphics and media playback all work more like their Windows equivalents, which should make for more powerful games and entertainment apps.
However, this means that current games will need to be re-tooled to take advantage of the new platform – the likes of Rovio can leave their games as Windows Phone 7 versions, but they’ll likely want to re-release a more powerful version of the game too.
MICROSOFT WALLET:
The new Microsoft Wallet app will allow you to make payments by tapping your phone on a credit card reader the way Google Wallet does, and store credit card and membership details securely and tap your phone to send them the way iOS 6 will.

WINDOWS PHONE OPTION:
Nokia, HTC, and Samsung make Windows Phone handsets that are available through AT&T, Verizon, Sprint, and T-Mobile for anywhere from free to $200 with a new two-year contract.