A revolutionary move by Xiaomi, the Chinese tech giant has released a new charger called “Mi Air Charge Technology,”. This charger allows devices to charge wirelessly without feeling the need to plugging the phone, and also saves you from sitting near a wall for a power supply. The “true wireless charging” device from Mi Air Charge Technology is free of cables or stands. Devices charge 5W of power remotely with advanced spatial positioning and beamforming transmission of energy. Multiple devices without cables or charging pads/stands can be charged remotely With Mi Air Charge.

In device charging technology, Xiaomi has taken advanced moves. Recently, the company unveiled an 80W wireless traditional charger, which charges a phone completely in less than 20 minutes. Likewise, the upcoming Mi 11 Pro will allow a 120W wired charger as per rumors. The Mi Air Charge is a new product category with remarkable features. The patented technology presented in a short clip by Xiaomi.

A box-like charging tower generates millimeter waves, which are converted into useful power to charge receiver devices using special circuitry. You will use the phone while charging since there are no cables or accessories involved to interrupt or not necessarily to stick to the same place to use the phone during charging. Xiaomi didn’t disclose precisely the range, but there are signals over several meters even as you can walk around during charging your phone.

Firstly, the Mi Air Charger detects the phone with five antennas. When the device is found, an array of 144 antennas transmits millimeter waves with beamforming. It can supply up to 5W of electric current. 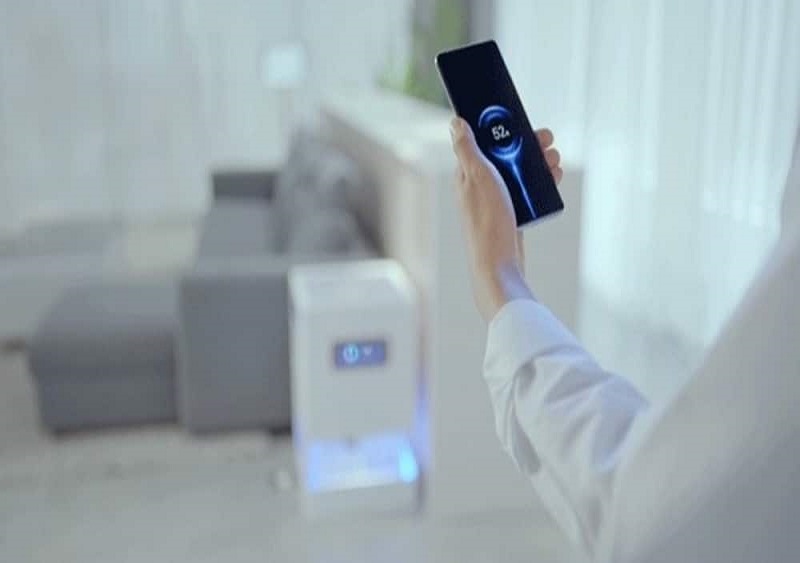 Although special antennas are required to be fitted onto the device. Initially, the emphasis of Xiaomi is on small home appliances, and wearables. It is uncertain that the product will be produced in mass production or not. There are no official launches or price information available yet.

In Xiaomi’s vision, technology will also be extended to include smartwatches, wristbands, and other portable devices, also smart home speakers, desk lamps, and more in the future. When Xiaomi is going to introduce the Mi Air Charging device to the market is unclear, but findings already indicate that it will be sooner in near future.