We’re creating a new category that transforms your desk into a creative studio,” 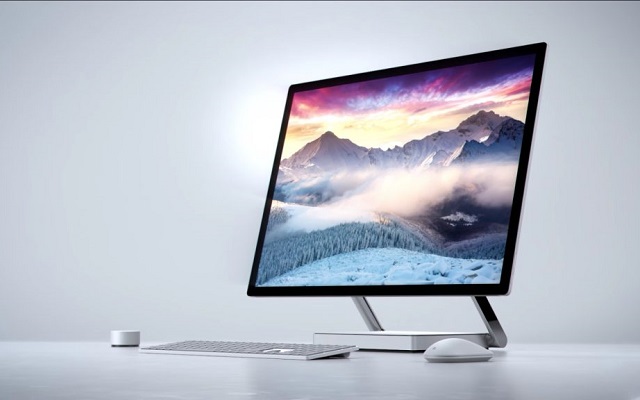 World’s Thinnest Screen Desktop PC has a large, 28-inch hinged touchscreen display. As compared to the most new high-definition televisions, the new PC offers more pixel as it has an ultra-HD 4.5K display. The new PC will be available in “limited quantities” for the upcoming holiday season. However more units will be available in 2017.

Microsoft has also announced an updated Surface Book. This Surface book is convertible tablet computer and will be available in $2,400. Microsoft vice president Panos Panay said.

Both these Surface devices will use special pen-stylus to create content onscreen. Moreover, there is also a new disk device called Dial. This Dial attaches to the screen and also offers additional controls to users.