On Monday, Apple announced iPadOS 15 at its Worldwide Developers Conference. The most recent update will introduce new functions to the iPad, as well as ones that should be familiar to iOS 14 users. For the second year in a row, the conference is entirely virtual scheduled from June 7th to June 11th. Meanwhile, here’s everything Apple unveiled on the first day of WWDC 2021.

With CEO Tim Cook at the helm, Apple introduced several new features for established products like FaceTime, iMessage, and Apple Maps, as well as a bevvy of new health features, Siri and AirPods improvements, and a new iCloud Plus subscription with stronger privacy settings.

FaceTime, Apple’s video conferencing app, gets advanced features in iOS 15, including enhanced visual and audio. Facetime will be available through web browser for Windows and Android smartphones.

A tiny menu will appear at the top of the screen in iPadOS 15, allowing you to quickly access multitasking tools.

Split View allows you to run two programs at the same time and switch between them quickly while still having easy access to the Home Screen.

The iPad’s home screen is receiving a redesign. It now includes new widgets for Find My, App Store, Game Center, Mail, and Contacts, as well as bigger widgets created specially for the iPad’s bigger screen.

All changes in shared Notes will be stored and viewable in the new Activity Tracker, and you’ll be able to tag contacts directly in Notes so they get a notification on their phone.

Apple also revealed at WWDC 2021 the updates in translation app. The iPad will now include Apple’s Translate software, which can aid with both spoken and written translation. 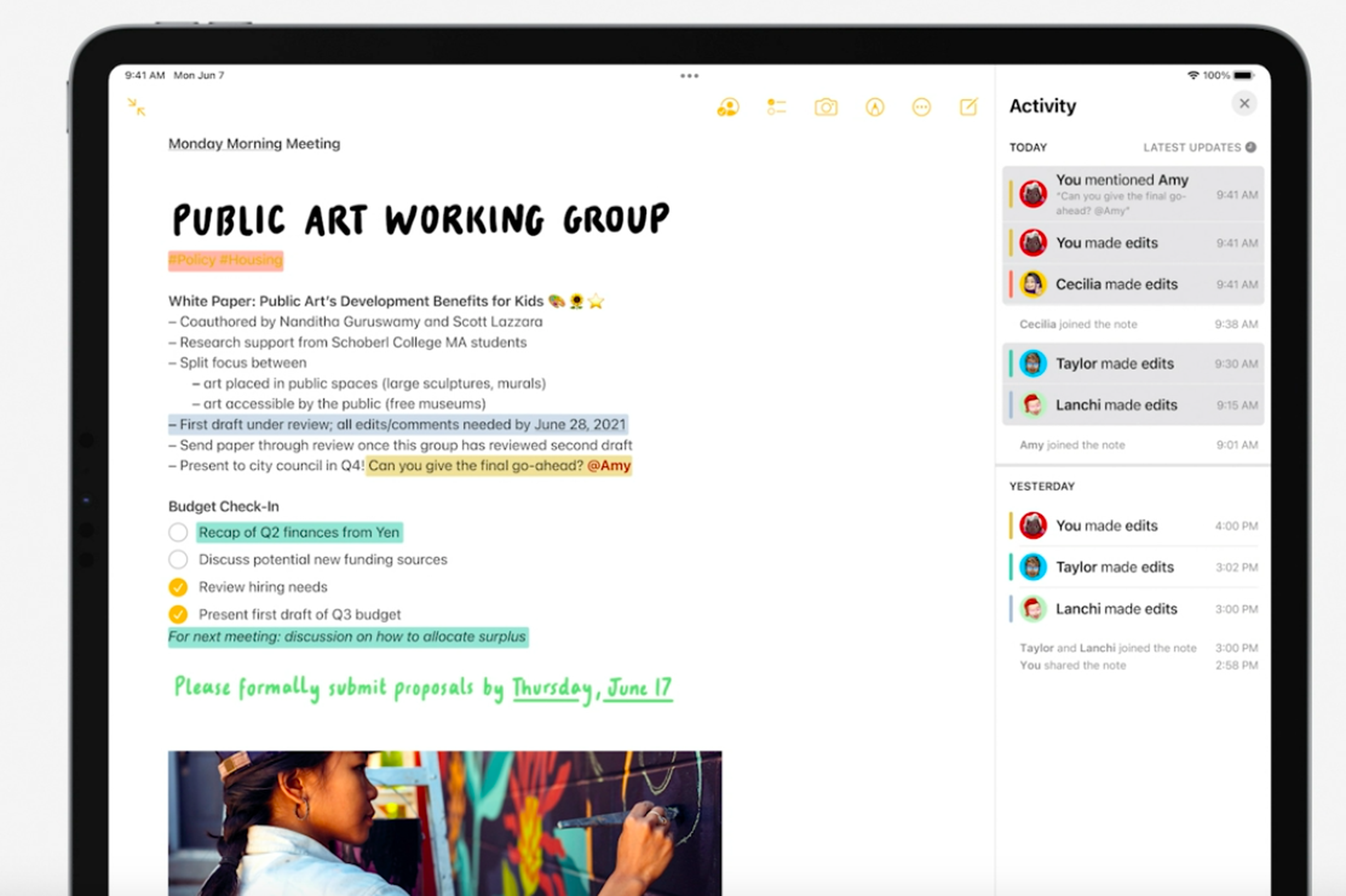 When the Translate app is open, the Auto Translate function detects when someone is speaking and displays a translation on the screen, removing the need to press the microphone button before each sentence.

While the final version of the software will be available to users sometime this year (in October), Apple Developer Program people will be required to download the developer preview of iOS 15 sand iOS users will be able to download a public beta from next month.