Foldable phones have remained a highlight for the last few years with companies like Samsung, Huawei and Motorola have taken the lead. While many few people have such luxurious devices and if I would say they are like grain in the sand, it will not b wrong. The reason behind this is the unaffordability of these devices. However, now more companies are coming forward and once there will be more such devices in the smartphone market, the prices will definitely go down. We previously heard rumours regarding the Xiaomi foldable phone and now we have got more details that are totally opposite to the patent we have seen before.

Previously we came across an outward folding device from Xiaomi like Mate X but now the new patent reveals another design. Images of the latest prototype of the foldable device from Xiaomi was published on the Chinese website igao7. The device is named Xiaomi MIX and apposing the previous patent, it shows an inward folding mechanism. This mechanism is the same as Galaxy Z Fold 2. 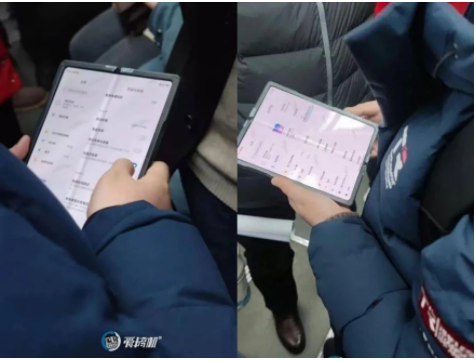 The prototype is made up of aluminium and glass. The above image shows the Xiaomi MIX frame and its foldable mechanism. The cutout shows a triple camera back and piano black finish with silver metals ar the frame.

Previously the image of the Xiaomi foldable prototype showed a giant device having a bigger display than the normal one. Xiaomi showcased the dream of a foldable phone back in 2019 by releasing a teaser video with concept phone However that device has an outward display. Though these are just prototypes and can change at any time, however one thing is sure- we are going to see the Xiaomi foldable device very soon.