Companies have started to introduce devices, which support fast charging for the iPhones, shortly after the release of the iPhone 12 by Apple. Xiaomi now jumps in the same race, as the company in China through its Xiaomi Youpin platform has launched IDMIX P10 Pro Power Bank.

It is ergonomically designed with a double side curve with a thickness of just 12.8mm. The top of the power bank has a small LED screen, which indicates in real-time the status of the remaining battery in the power bank.

Xiaomi Introduces a Power Bank for iPhones with 10,000 mAh Capacity 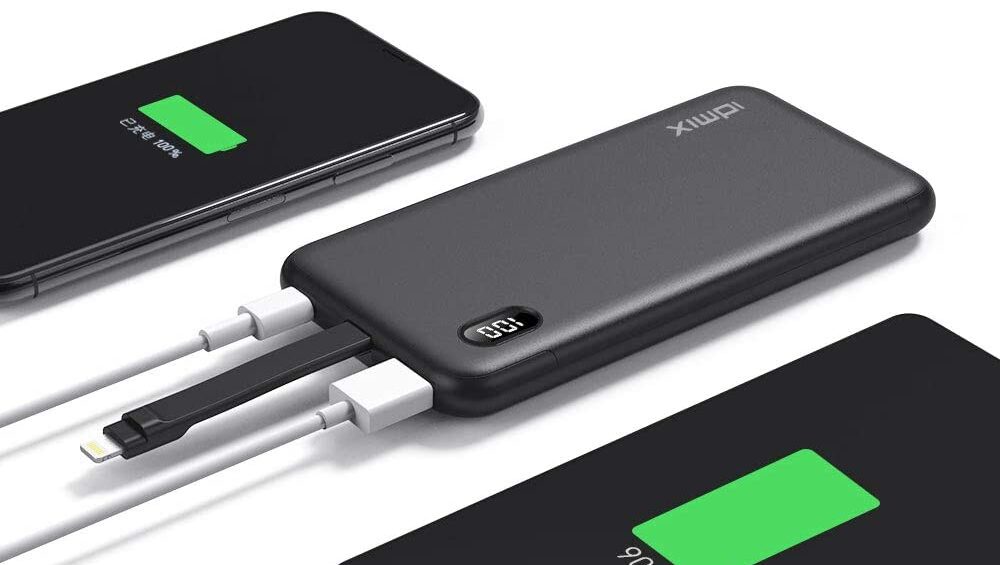 The new power-bank has a 10,000-mAh powerful capacity and the MiFi certified Lightning interface is one of its unique features. It also has support for Apple PD 20W fast charging, which can charge an iPhone 12 quickly to 50 percent in just 30 minutes. Besides that, it also provides a quick charge of 22.5W for Huawei devices.

The power bank has a USB C port and a flash port for both input and output. The company states that, whenever the power bank being used with an IDMIX brand MiFi certified Lightning cable, it can be charged using a Lightning port and can charge two devices simultaneously. You may charge an iPhone 12 device 3.1-times, charge up a Huawei P40 1.8 times and load up a Xiaomi Mi 10 1.7 times.

The power bank IDMIX P10 Pro is currently only available in China but is planned to be introduced globally soon. It will be available in two colors option green and black at a very affordable price of only $29 (Approximately 5,000 PKR).

You may be also interested in: The Latest Design of Xiaomi Mi 11 Lite Reveal: Flat Screen and Familial Style