A Xiaomi Mi 10 Ultra smartphone has reportedly been leaked in a comparison video with an under-display camera. In a recent promotional film, Xiaomi has already unveiled the technology; however, it has now been rumored that the new smartphone camera under-display version could be launched earlier than previously expected.

The video was posted on Weibo, contrasting what appears to be a Mi 10 Ultra carrying an under-display camera (UDC) with a few other Xiaomi smartphones. Xiaomi recently launched the Mi ultra in China to mark its 10th birthday and the smartphone didn’t have a selfie camera under-display. The device in this video that is obviously a Mi 10 Ultra given the configuration of the rear camera. 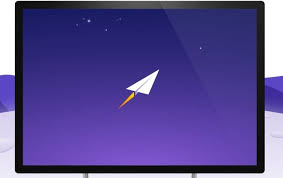 The company recently saw the first commercially released camera-packing under-display handset in the Axon 20 5G. The unit was a mid-range model, and not so impressive was the samples taken on the selfie camera. Since it is a mid-range product that does not cost too much, the bad ratings are not going to be strong. We can’t say the same for the new Mi 10 which is a flagship m in any respect.

Xiaomi ‘s recent mid-year earnings report revealed the company’s excellent performance in the premium smartphone market. The organization’s average selling price (“ASP”) of smartphones increased by 11.8 per cent in the second quarter of 2020. New flagships including the Mi 10 series of Xiaomi and the newly launched Mi 10 Ultra took the lead and strengthened the position of the brand in the high-end smartphone market.