As the Xiaomi Mi 11 is progressively looking like it might be a market-upsetting product, Xiaomi fans may want to begin gearing up now. With a Snapdragon 875 and likely an under-display camera on the front, the flagship is already assumed to be arriving, and now the ever-reliable Digital Chat Station has given some more information about the future configuration of the main camera.

In conjunction with the upcoming Xiaomi Mi 11, more rumours have emerged, and this time the camera equipment is involved. Compared to the 20 MP sensors used in the Huawei Mate 40 Pro and Xiaomi Mi 10 Ultra cameras, it seems the Mi 11 could end up featuring a 48 MP ultra wide-angle lens in its main camera setup. 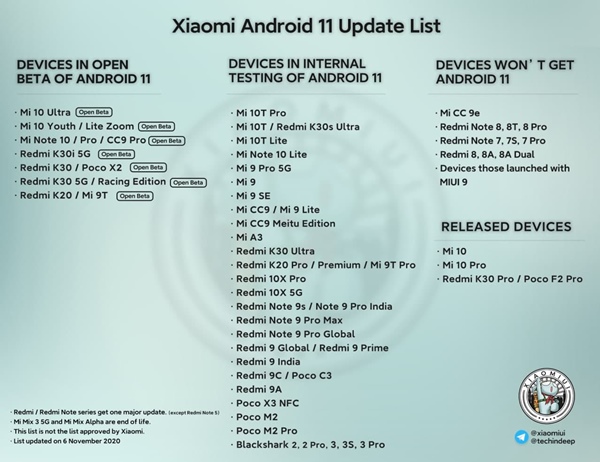 The new Mi model is said to be having a new 48-megapixel ultra-wide camera with a pixel size of 0.8μm, based on his reports. This will be an improvement from the ultra-wide 13 MP or 20 MP that the Mi 10 and Mi 10 Pro use. For now, other information are still secret regarding the sensor and the amount of lenses the smartphone can bring.

And the same reporter said that the first of the two flagships to be unveiled with the Snapdragon 875 chipset would be the Mi 11. We have recently seen a Snapdragon 875 powered Xiaomi phone pass the Geekbench benchmark platform bearing the M2012K11C model number that is suspected to belong to one of the Mi 11 Series family.