Xiaomi is having a big event on March 29 to unveil the true flagship device. The company will introduce not only three or four Mi 11 phones, one complete with the new liquid lens technology and a Mi Mix phone. Xiaomi revealed that Mi 11 Ultra will Launch with Revolutionary Battery.

The company revealed that it will bring a silicon-oxygen anode battery for the phone. Moreover, it will introduce an entirely new chip, without actually mentioning what it will do. 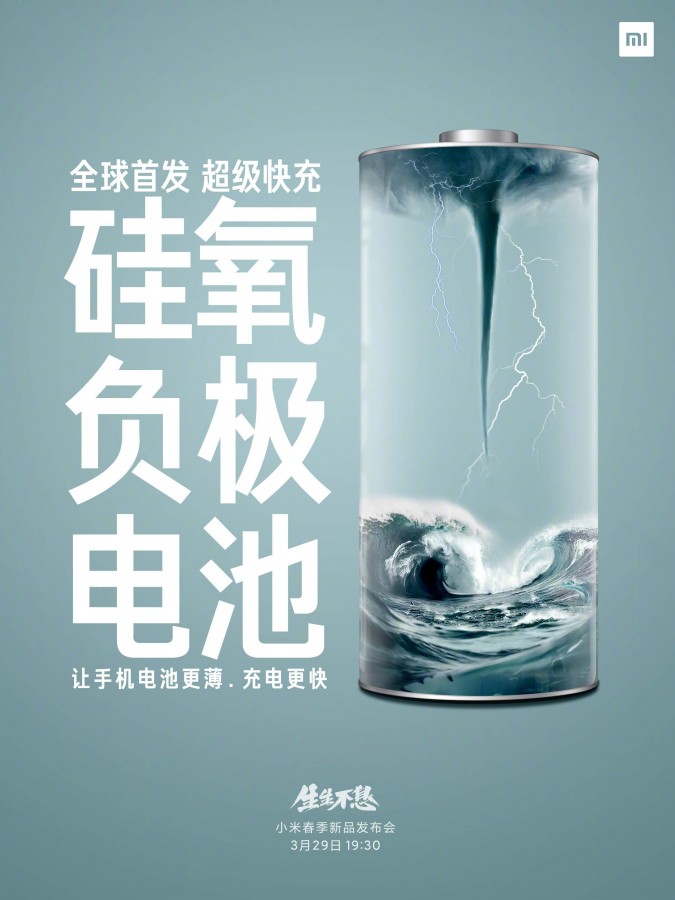 According to the company, the battery of the Mi 11 Ultra will have a super fast-charging. Si-O2 technology will help make mobile phones thinner and will charge faster. The idea has been borrowed from “new energy vehicles”. It will introduce nano-scaled silicon material through the negative electrode that, in theory, will have 10 times greater capacity than graphite.

Speaking about the new chip, Xiaomi said it is “surging” with happiness about the new launch. The company has launched the Surge S1 SoC back in 2017. However, it’s unclear if we’ll see a new Surge S2 or something along the lines of a dedicated ISP for the liquid lens.