Xiaomi is all set to release Mi 8 on its 8th anniversary. Xiaomi Mi 8 phone has been spotted on Chinese social network Weibo. The phone sporting a 3D facial recognition. A wide notch has seen in the leaked image. The depth-sensing module sits side-by-side with the selfie camera, the earpiece  and motion sensor of the handset. 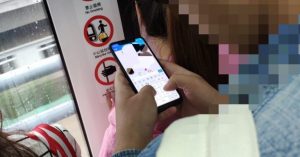 The leaked image shows that  the Xiaomi Mi 8 looks similar to Apple’s iPhone X. However, by zooming in the image it reveals that the device will likely to have a 3D facial recognition technology. If that’s become true in real then Xiaomi will be the first Android phone manufacturer to commercialize such a solution. Well it is also expected that Xiaomi Mi 8 may come with in-display fingerprint scanner, but not so sure about it.

When it comes to some other specs of this flagship device, then it is also romured that the Xiaomi Mi 8 will be equipped with Qualcomm’s Snapdragon 845 SoC and will have 8GB of RAM, and 64GB of internal storage. The device will come with 5.45-inch OLED display and a powerhouse will carry 4,000mAh battery in a package. However, the launch of this flagship device is expected on Wednesday, May 23, some previous rumors suggested that Xiaomi has pushed its release to the third quarter of the year, but it’s launch is more expected on Xiaomi’s anniversary.