Xiaomi is all set to launch their two smartphones, the Xiaomi Mi 8X and Xiaomi Mi 8 Youth next week. Both smartphones will see the light in Chengdu, China next week. A few weeks back, Xiaomi Mi 8X leaked live images revealed some of its key features. According to them, the smartphone will feature the Snapdragon 710 chipset. Moreover, it will have an under-display fingerprint scanner. Recently, the company teased their upcoming smartphone and unveiled its one of the most dazzling color. Xiaomi Mi 8X New Teaser unveiled Twilight gold Color.

The smartphone already appeared on TENAA with a notched display on the front and a horizontal dual camera on the back. Recently, the company officially showed one of the color options of the device. Xiaomi Mi 8x new teaser shows the eye-catching Twilight Gold color. This upcoming gradient will more likely mimic the colors of the sky in the minutes before the sun rises over the horizon. Let’s have a look at the teaser. 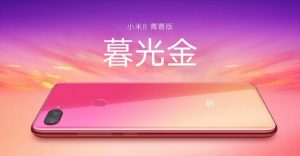 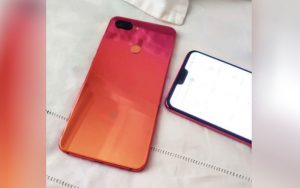 Xiaomi plans to launch the Mi 8X in other colors too. According to TENAA listings, the Xiaomi Mi 8X color options are written as follows:

Although these colors are not officially confirmed still we can hope to see more dazzling color options at the time of launch. The upcoming phone will be a mixture of all three Xiaomi Mi 8 series variants. The body of the smartphone, Xiaomi Mi 8X will have the same form factor as that of regular Mi 8. It will feature a screen with rounded corners. The back panel will have curved edges. Furthermore, it will feature an under- display fingerprint scanner.

There are no words by the company about its global availability yet. Let’s see what comes next ahead of its launch.