As we already know that Xiaomi is soon going to launch a smartphone of a new series, CC. Xiaomi Mi CC9 will be the first smartphone specially designed for youngsters. To make the phone more like for young customers, the company decided to bring Mimoji in the phone. Xiaomi Mimoji is not new for the users. The company has brought this feature last year in Mi 8 and some other smartphones. However now, the company is bringing it back in the upcoming CC series phones.

However, the latest version of this feature will also contain many different and new options. You can get a better idea from the image given below. 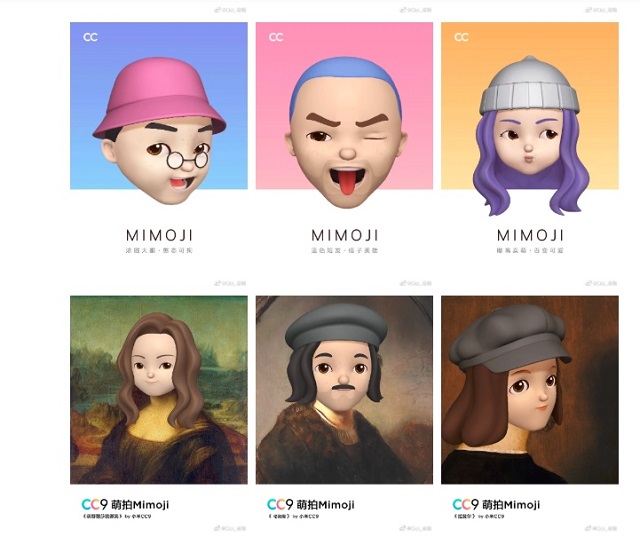