Xiaomi is working on a new handset namely Redmi 8. Previously, the phone passed the Chinese certification agency TENAA revealing its key specs. However now, Xiaomi Redmi 8 Leaked in Hands-on Images. The hands-on images give us a clear idea about the design of the phone. Moreover, it also confirms that the phone will ship with the Qualcomm Snapdragon 439 chipset.

In addition to it, it will run MIUI 9.7.11 on top of Android 9 Pie out of the box. Also, Redmi 8 comes with a 6.21-inch HD+ LCD display with a waterdrop notch. The notch will contain an 8 MP selfie cam. The images confirm that it will come with a dual-camera setup. The phone will have a vertically aligned 12 MP and 8 MP dual camera setup. There is also a fingerprint reader on the back. 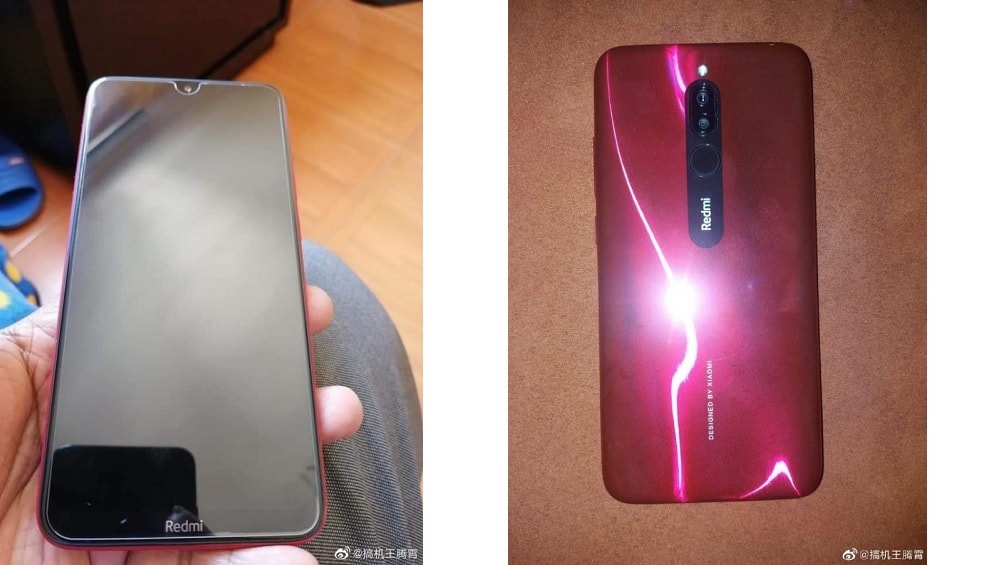 Furthermore, the phone will come with 4GB RAM and 64GB of expandable storage. One of the amazing features of the phone is its powerful 5,000 mAh battery. In addition, Redmi Vice President Lu Weibing also confirmed that there is also another handset on which the company is working. The upcoming Redmi Note 8 will come with the brand’s first 64MP sensor. The phone will also feature a longer-lasting battery and higher screen to body ratio.

As far as the launch date of the phone is concerned, it will launch in September.