The Redmi 7A is getting a successor, and you will get to see it next week. Xiaomi has confirmed now that it will launch the Redmi 8A on September 25. According to the company that the Redmi 8A’s powerhouse will be packed by a 5,000 mAh battery. As far as we know, it will be the first phone ever that is coming with such a huge battery.

Xiaomi Redmi 8A to Launch on September 25 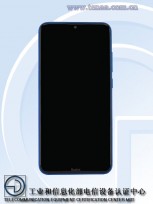 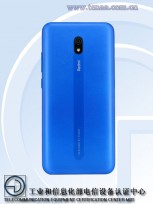 Furthermore, Xiaomi has highlighted some key specs of the phone that include faster charging, aura wave grip design offering “great hand feel”. Other than that the cameras will allow you to take “pro like pictures”.

According to the company that Redmi 8A will feature a notched display with thick chin and small bezels on the three sides. Xiaomi didn’t give many details about the phone Redmi 8A, but thanks to TENAA, which revealed some of its specs. The phone will have a 6.2″ HD+ display and a 2.0 GHz octa-core processor that is paired with 2GB, 3GB, or 4GB RAM.

TENAA has also revealed that Redmi 8A will be running on Android Pie and will be available in three storage options – 16GB, 32GB, and 64GB. For perfect photography, the Redmi 8A will be packed by 12MP rear and 8MP selfie cameras. There are still a few days in the launch of the Redmi 8A so we can expect more specs to be revealed by Xiaomi.