Redmi is preparing for the global debut of its Note 11 phone series, and it appears that the company has made some progress in the field. According to the latest news, the Redmi Note 11 series smartphones have begun internal testing and will be available globally soon.

Also Read: E-Passport for Pakistanis to be launched next year 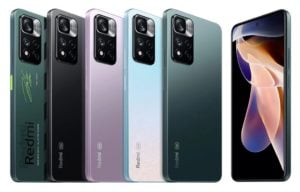 After Being, Certified Xiaomi Redmi Note 11 Series is All Set for its Worldwide Launch 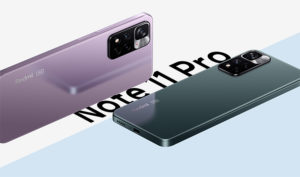 The entry-level Redmi Note 11 5G is already available outside of China under the POCO brand and is supposed to join the Xiaomi pricing catalog soon. It’s known as the POCO M4 Pro 5G. The Redmi Note 11 Pro and Note 11 Pro+ are also expected to be renamed.

These are high-end phones with glass bodies, high-performance Dimensity CPUs, and incredibly brilliant, flagship-grade AMOLED panels. The Note 11 Pro+ has ultra-powerful 120W charging, which is quick enough to provide a full charge in under 20 minutes. In addition, both Note 11 Pros come with high-quality JBL certified twin speakers.

You may be also interested in: Audio Messages Can Be Speed Up as WhatsApp Coming with Its New Update