The smartphone market is quite saturated these days with brands like Xiaomi, Oppo, Samsung, Apple, and HTC etc competing with each other. Each of the brands is trying to gather the latest technology to become the top smartphone manufacturers throughout the globe, but now everyone can be a leader. There is always one leader, while others follow the trend. The phone is now more than a necessity, and it is evident with the launch of Foldable smartphones by Samsung and Huawei which showcased a luxurious lifestyle other than just a need. Now as we are moving forward, the trend is further accelerated towards more technologically sound devices and Rollable smartphones, the next big thing in the smartphone industry. While Oppo, LG and unexpectedly TCL is working on Rollable phones, Xiaomi has released a patent which shows that the Chinese company is likewise all set to join the race of Rollable Smartphones. Xiaomi Rollable Smartphone patent is from last year which filed with the United States Patent and Trademark Office- USPTO.

The patent showcases a visionary device having a retractable display which stretches sideways in order to transform the phone into a tablet.

A concept creator named Jermaine Smith has used this patent to sketch how the device will look like if it becomes a reality. No doubt, the device looks royal and If Xiaomi is able to manufacture it the same way, no doubt it will be a super hit.

Below is the illustration from Jermaine Smith: 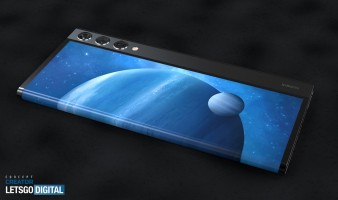 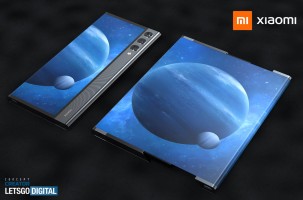