Xiaomi Smart Glasses adopts MicroLED imaging technology to lower the design space needed in structural design, as well as the overall weight of the device.

In order to fit the imaging system seamlessly into the frame, MicroLED undoubtedly is the most optimal choice. Like OLEDs, MicroLEDs pixels are individually lit – its emissive property allows for brighter displays and deeper blacks. But MicroLEDs have a higher pixel density and longer lifespan while having a simpler structure. This allows for a more compact display, as well as easier screen integration.

Xiaomi Smart Glasses- The Future is Before Your Eyes

Xiaomi Smart Glasses has a display chip measuring just 2.4mm x 2.02mm. Under a microscope, the display is roughly the size of a grain of rice, with individual pixels sized at 4μm—enabling the display to be fitted perfectly within the frame of the glasses. To allow sufficient light to pass through complicated optical structures before reaching the eye even in harsh direct sunlight, there is an ultra-efficient monochrome display solution, which is capable of reaching a peak brightness of 2 million nits.

By adopting optical waveguide technology which refracts lights at 180°, the MicroLED display accurately transmits light beams to the human eye through the microscopic grating structure of the optical waveguide lens. 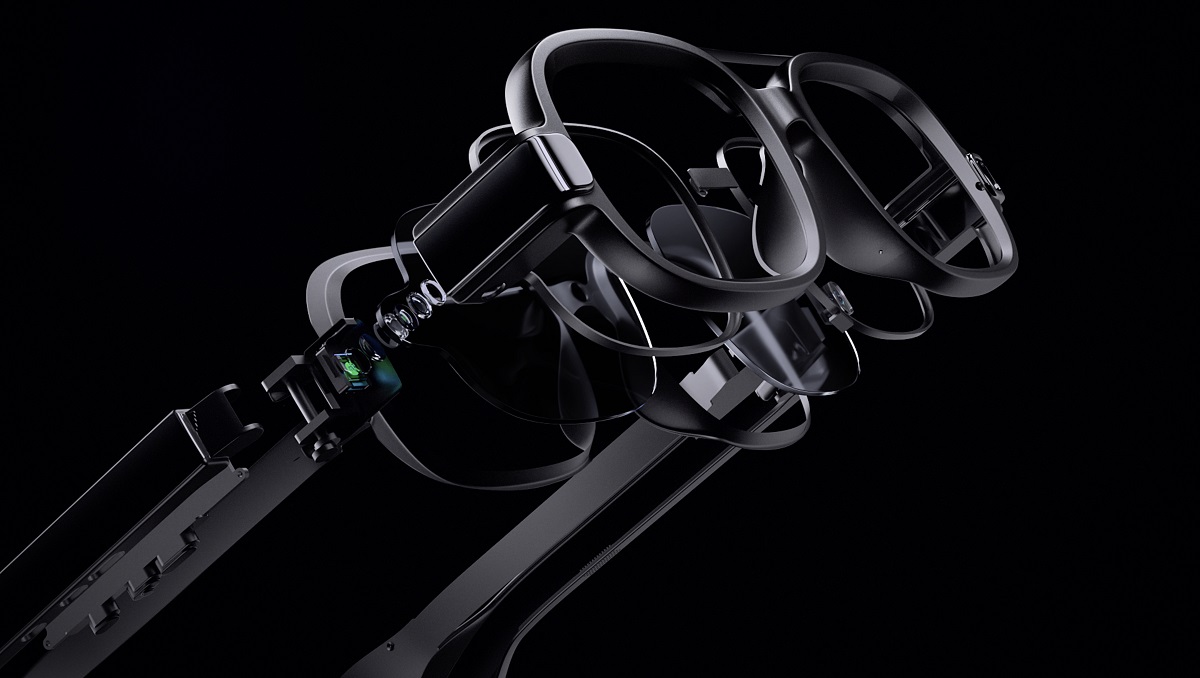 It is not just a “second screen” for your smartphone but instead functions as a new smart terminal with independent operating capability. In addition to basic notification, call display, etc., it can also independently complete functions such as navigation, taking photos, teleprompter, and real-time text and photo translations. Considering usage, key interaction logic has also been implemented to minimize interruptions at inconvenient times, and display important information timely when critical.

With “Notifications” as an example, it is obviously inappropriate to display all push notifications from your smartphone in front of your eyes. Therefore, Xiaomi Smart Glasses selects and pushes the most important messages. For instance, smart home alarms, urgent information from office apps, and messages from important contacts, etc., to avoid excessively disturbing users.

“Phone call” is the most natural use scenario for smart glasses. You will be able to see the other party’s number when they call you. Using the built-in dual beamforming microphone and speaker, both parties can hear each other clearly.

You Can Get More Information By clicking Here