Xiaomi’s new smartphones are reported to have a problem with touch screen responses, and the cause for this issue is still unknown. Furthermore, the issue does not appear with just one device, several Xiaomi devices are facing the same problem with their touch screens.

The report shows that phones have recently started suffering from these problems. A limited number of devices running their own MIUI, which may probably the root cause of this problem. 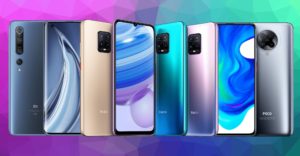 Some users attempted to factory reset their smartphone but the issue has not fixed after reset. However, it seems that the rebooting of the smartphone temporarily fixes this problem, but it starts again quite soon.

Xiaomi confirmed that the company is aware of the touch-screen response problem to some devices and mentioned that an update with a solution will soon be released for multiple devices.

There is currently no clue as to how widely this problem occurs, as very few comments were made online on the Xiamoi platform about the touch screen problem. The company still acknowledged the issue and pledged to resolve it shortly.

You may be also interested in: Tecno Reveals its Premium Smartphone &#8211; Phantom X with Dual Selfie Cameras