A new report from analyst firm Canalys confirmed that Chinese smartphone manufacturer Xiaomi became the second-largest company in terms of global smartphone shipments in the Q2 of 2021. The company took the second by surpassing Silicon Valley giant Apple. It is a landmark achievement from Xiaomi as no other Chinese company has been able to achieve such a feat. 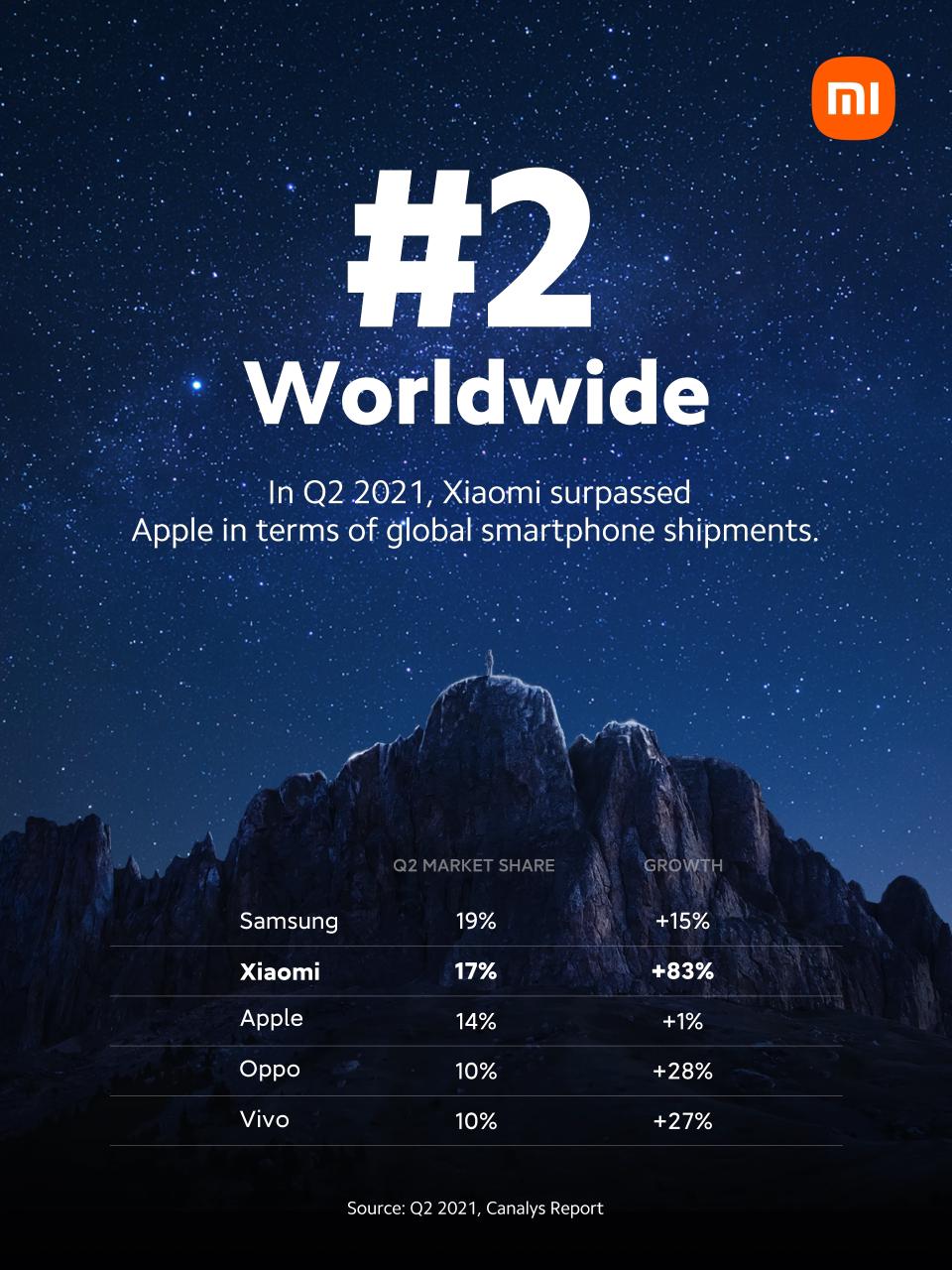 According to the Canalys report, in the second quarter, Xiaomi had a 17% share of global smartphone shipments, putting it ahead of Apple’s 14% and behind Samsung’s 19%.

Xiaomi is growing its overseas business rapidly. Its shipments increased 300% year-on-year in Latin America and 50% in Western Europe.

Furthermore, the Chinese smartphone manufacturer posted year-on-year smartphone shipment growth of 83% in contrast to 15% for Samsung and 1% for Apple. However, Stanton rightly noted that Xiaomi smartphones are still projected toward the mass market with the average selling cost of its devices being 75% cheaper than Apple’s smartphones.

Though, Xiaomi is now looking to take a deeper dive into the high-end market. it is evident from its recent launches earlier this year which include the Mi 11 Ultra, a high-end smartphone that starts at 5,999 yuan ($928). In addition to that, it also launched the Mi Mix Fold, which is the first foldable smartphone of the company and is available at around 9,999 yuan.

This price range puts Xiaomi against Apple and Samsung in the high-end smartphone segment. Along with that, its domestic opponents Oppo and Vivo are also trying to make their mark in the high-end market.

It will be a tough battle, with Oppo and Vivo sharing the same objective, and both willing to spend big on above-the-line marketing to build their brands in a way that Xiaomi is not. All vendors are fighting hard to secure component supply amid global shortages, but Xiaomi already has its sights set on the next prize: displacing Samsung to become the world’s largest vendor. 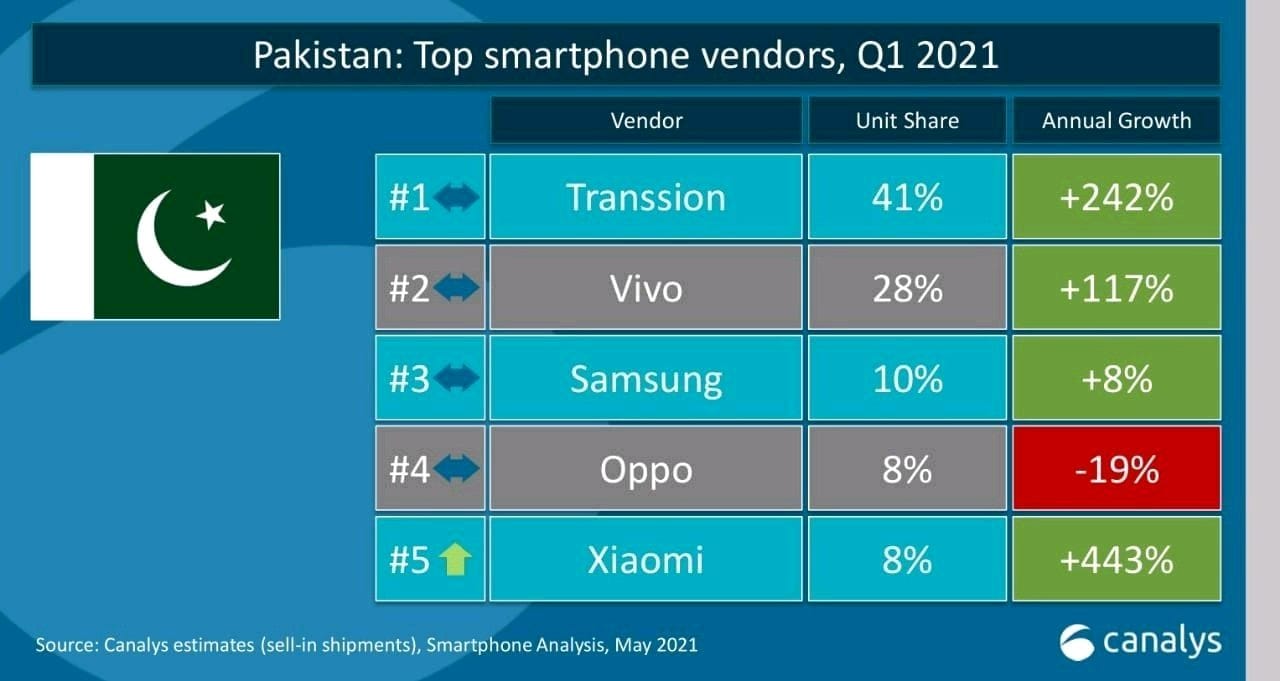 The aforementioned image clearly depicts that Xiaomi was in 5th place in the first quarter of 2021. So it made a huge leap forward and made to the top 2 in the second quarter. And now it has become the second-biggest smartphone manufacturer in terms of global smartphone shipments in Q2 of 2021.

Xiaomi CEO Lei Jun took to microblogging site Weibo to celebrate the news. “Let me share with you all some incredibly good news,” he posted. “Xiaomi’s phone shipments surpassed Apple and became world’s No 2 for the first time.”

Xiaomi has all the right to rejoice in the news as it is a great accomplishment to become the second-largest mobile manufacturer in the world. However, we will have to wait to see how Xiaomi will retain its place in the next quarter.

Check out? Tech-giant Xiaomi to Set up Local Assembly Unit in Pakistan: Source