A flood of fascinating features was disclosed from the Xiaomi Fold foldable smartphone design. Xiaomi has filed for a patent that indicates that the company is also working on a foldable tablet. Xiaomi Mi Mix Fold was found online and several reports have previously confirmed that the Mi Mix Fold is under production.

This year, the Chinese manufacturer has filed for a number of patents. A new patent has just been published online for a unique folding device. The Xiaomi Mi Mix Fold smartphone design has shared by LetsGoDigital. 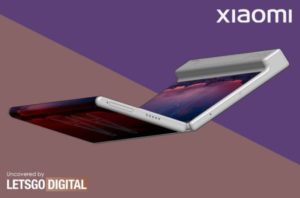 Xiaomi patented a design last year with the China National Administration of Intellectual Property (CNIPA). Yesterday, the patent document was released and contains several design documents. The pictures from these documents were found online and reveal a folding phone with an endless screen expanding to the inward side.

In the past, we experienced Huawei with their Huawei Mate Xs foldable phone, something similar. But in contrast to the outside flexible design of the Mate Xs, the Xiaomi Mi Mix Fold features an inward side fold. It has thin layers with a thicker shape overall. 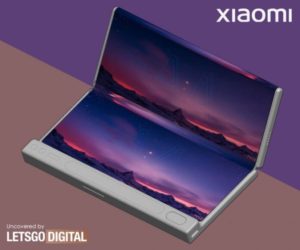 On one side, there is also a vertical frame with all the buttons and ports. A speaker setup, a microphone, and a SIM-card slot are also included in the phone on the top. The USB Type-C connection is fitted at the bottom.

There is no one foldable smartphone from the company at present. However, later this year we can expect to hear more about a foldable Mi Mix device. A Mi Mix Flip and Mi Mix Fold may be out this year.