After much hype about the Mi Mix Fold, now Xiaomi has come up with another foldable device that will have a clamshell design. Xiaomi registered a patent of a device with CNIPA (Chinese National Intellectual Property Association). The design of Xiaomi’s clamshell flip phone looks quite similar to that of Samsung, ie; two cameras and a tiny horizontal display on the cover.

This clamshell flip phone will have a punch hole that will be pill-shaped housing dual front-facing cameras. The SIM slot is placed at the bottom along with a USB-C port, speaker grill, and power key with volume rocker placed at the right-hand side. 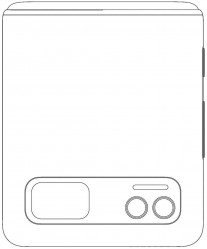 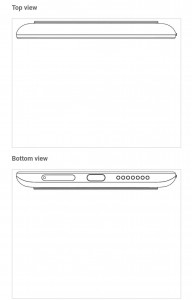 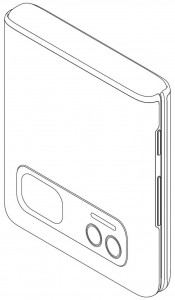 It is surprising to know that Xiaomi is joining the race of clamshell foldable phones since it was one of few brands which came up with the foldable lineup just after Huawei and Samsung. In the Clamshell category, Motorolla, Samsung, and Huawei already have devices. Since the company is working on it and we have also got the patent, so one thing is sure that the company is going to launch the device soon but it doesn’t mean we are going to see it at the event today in which it is going to unveil  12 series, MIUI 13, and Watch S1.

In either case, let’s wait for the device since the Chinese manufacturer is quite good at launching some great devices which are comparatively less expensive than other brands.