According to the leaked specs, the phone will feature a 5″ LCD display. The upcoming handset will be powered by the  Qualcomm Snapdragon 425 coupled with 1 GB of RAM and 8 GB of onboard storage. However, it’s not that great, but it’s good for a low-end Android phone. This smartphone is specially designed for customers who can’t afford expensive devices or can’t spend much money on a new smartphone. A massive battery of 3000mAh will keep the lights on. Together with that, the handset will sport an 8MP rear camera and a 5 MP selfie Snapper. 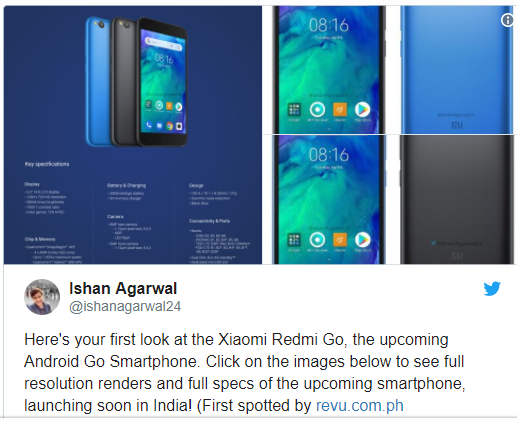 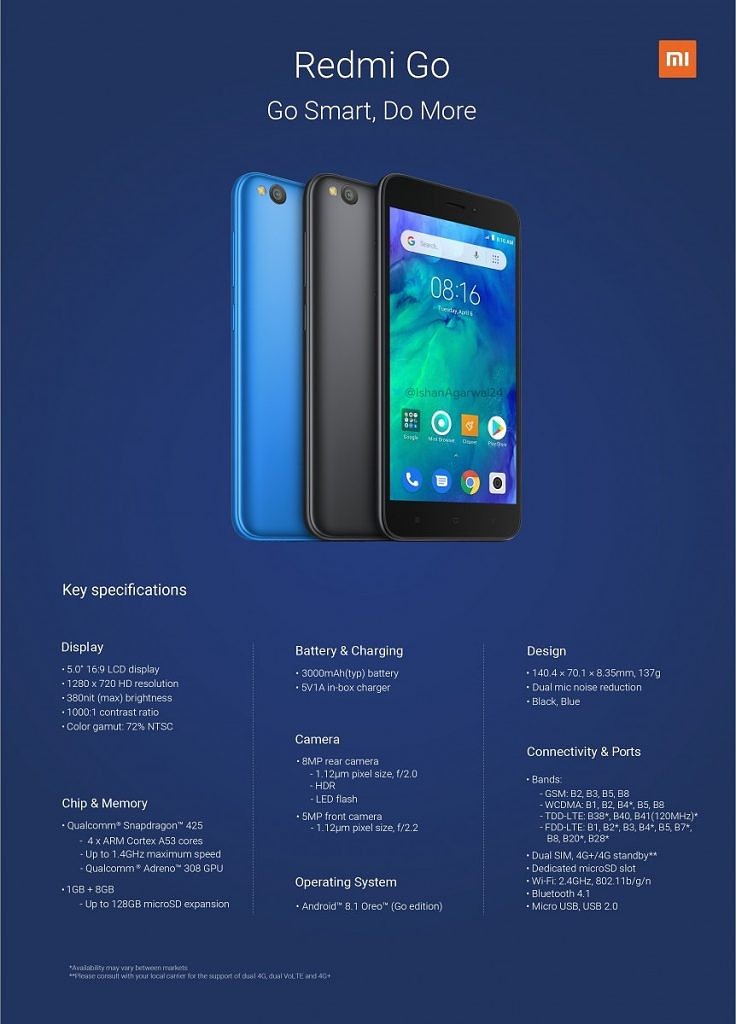 In addition to that, the phone will come with Android 8.1 Oreo Go edition straight out of the box. By looking at the press renders, it doesn’t look like it’s running MIUI. The company has still no words about the Redmi Go Price. However, it is expected to be under $70 as it will be a budget-friendly handset. Let’s see what comes next about Xiaomi’s First Android Go Phone in the coming days.