Earlier this year, Xiaomi released its first foldable smartphone, the Mi Mix Fold. Xiaomi’s High-End foldable phone will feature Samsung’s ultra-thin glass. The smartphone used a folding mechanism similar to the Z Fold 3. The device featured an 8.1-inch foldable screen, a 6.52-inch cover display, a Snapdragon 888 SoC, and other features. Xiaomi only released the device in China and did not release it in other markets. The Mix Fold will most likely be updated soon. The Xiaomi Mix Fold 2 foldable smartphone, like the original model, could be released in March. The device’s key specifications have leaked online ahead of its release. . Let’s take a look at the Xiaomi Mix Fold 2 specifications, features, and other rumored information. 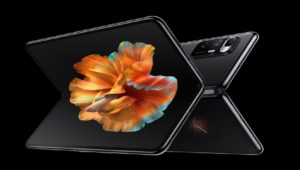 The device will be codenamed “zizhan” and will reportedly have upgraded specifications. Its display will be an 8.1-inch Samsung Flexible UTG AMOLED panel. The next-generation UTG display is said to be processed at a 30-micron level. This increases both durability and flexibility. It will be a significant improvement over the original Mix Fold’s Polyimide Film (PI) on the flexible screen. Huaxing Optoelectronics, a TCL sub-brand that also supplied the screen for the Huawei Mate X2, provided the display. In addition, the foldable will have redesigned and upgraded hinges to increase structural durability. Other details will have to wait a few months longer because the report only goes so far.

You may also  like to read, Xiaomi Redmi Note 11 4G Soon Will Be Available In Worldwide Markets 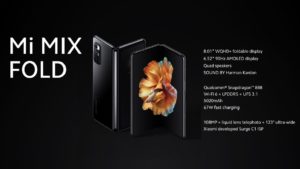 The under-screen front camera technology is also expected to make its way into the foldable smartphone series. Xiaomi introduced the Mix 4 smartphone with a camera under panel (CUP), the company’s term for an under-display camera.

Also read, Shipments of Mobile Phones into Pakistan Increased by 18% in the Last Five Months