INFINIX XOS is chosen by Gadget Squad review team to win the Most Innovative OS of The Year in the 2021 Gadget Squad Reviewers’ Choice Award. The award that INFINIX received is a survey result in achieving significant improvements in features, UI design, and underlying system optimization. Gadget Squad is one of the top 10 technology online media in Indonesia that focuses on technology information.

The XOS 10 has received growing attention among smartphone operating systems and gained positive feedback about the new version update. Bringing a well-crafted design in a spectacular upgrade on both visual and tactile experience, INFINIX XOS 10 comes out on top to win the award, which admires its significant development and innovation.

The latest XOS 10 aims to refresh the user experience to the next level. The XOS marketing director said: ‘’XOS keeps pushing itself to the limit. We focus on enhancing user experiences by improving technical capabilities. The operating system should come with utility applications that allow users to protect their privacy, ensure smooth system, and provide convenience.” 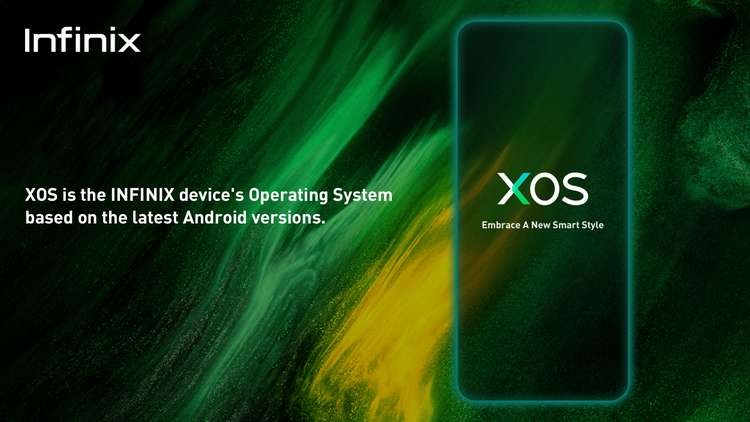 The latest XOS 10 comes with detailed crafted icons, a brand-new design style, and enhanced technical features. INFINIX raised expectations to launch XOS 10 by combining the design concept “energy” and “future”, which refers to the power with a rich sense of technology, vitality, vividness, and passion. The new XOS 10 system design inherits the heritages previously and adds a lot of surprises based on innovation to impress users at first sight. In addition, XOS 10 extends the Smart Desktop space infinitely embracing the spectacular view beyond the limited space through the combination of wallpapers and icons.

The redesign of XOS 10 is with well-balanced color shades and the dynamics constructed by edges and arcs. XOS 10 dedicates to bringing users the impact of texture, emotion, and energy right at the first touch. Additionally, XOS 10 provides the freedom to users that refresh the home page with redesigned icons in the way they want. Also, the enhanced visual elements and long-take animations on XOS 10 offer intuitive guidance and user experiences via integrated operations, which becomes more appealing than ever before.

The new update is not only on the design but also on functions. XOS 10 delivers user-centered intelligence to make life easier. Take the Smart Scenes as an example. It learns users’ habits and presents the information users need as a reminder. The re-engineered Phone Cloner with a faster-transferring speed is another excellent example. It helps users complete data transfer at the backend, allowing users to continue using their phones when transferring.

XArena on INFINIX XOS 10 reshapes the game ecology and becomes more enjoyable for game fans. By enhancing game system capabilities, beautiful designs, and gaming features like Gaming Tips and Footstep Scouting, XArena offers a better game experience than ever before.

As the most surprising version of INFINIX XOS so far, the substantial upgrades on XOS 10 regarding the design and tech features are fascinating. INFINIX XOS always eagerly anticipates emerging markets and never stops creating a better life for all users.

Check out? Infinix RAP Battle between Young Stunners and RAP Demon is anticipated to be the biggest online RAP battle of 2022