Social networking has spread around the world with remarkable speed. In countries such as Britain, the United States, Russia, the Czech Republic and Spain, about half of all adults now use Facebook and similar websites. These sites are also popular in many lower-income nations, where, once people have access to the internet, they tend to use it for social networking.
SURVEY based on 21 countries all aroud the world found that the social media is having inportant impact when it comes to political and social discourse in many countries.

“For instance, in Egypt and Tunisia, two nations at the heart of the Arab Spring, more than six in 10 social networkers share their views about politics online.” 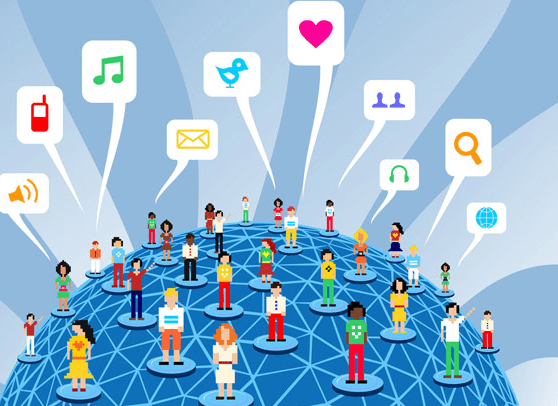 According to the research pew said that:

[blockquote align=”right”] Among social network participants in Lebanon, for example, 68 percent said they shared views on politics and 81 percent on community issues. Similarly high levels were found in Tunisia, Egypt and Jordan.
[/blockquote] Not just in advance and develop countries but this social media spread and influnce also in the developing countries as well.It found that younger people were leading the way in the use of social networks, and that smartphones were being used widely to connect.

that means due to access use of smartphone and its penetration people use and visit more social media and other websites as well. in fact majority of recruitment and job finding is done by Facebook and twitter as Facebook is also paying attention of this phenomena of job search they are looking for many apps to improve and generate business out of this concept.social media is not just covering one aspect and dimension instead it will affect many other aspects of our life.
Research said that:
[blockquote align=”right”] Globally, most smartphone users say they visit social networking sites on their phone, while many get job, consumer, and political information.
[/blockquote] 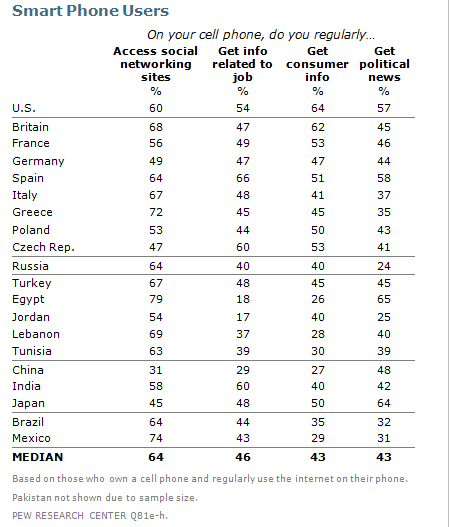 [blockquote align=”right”]the blockquote you want align right
Technologies like these are especially popular among the young and well educated. In almost every country polled, people under age 30 and those with a college education are more likely to engage in social networking and to use a smartphone.
[/blockquote]

So mainly use of social media is done by the age group below 30.In all countries, those in the 18-29 age group were the heaviest users of social networks, with more than 90 percent participating in several countries. Those in the 30-49 age category were generally more active than their peers over 50. 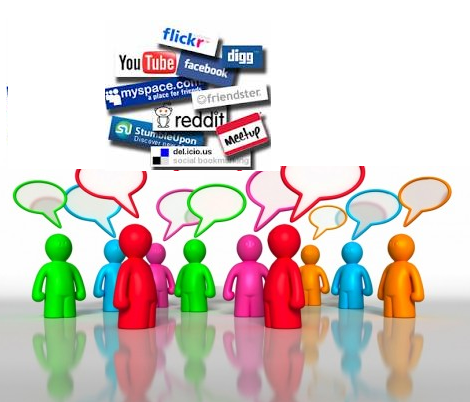 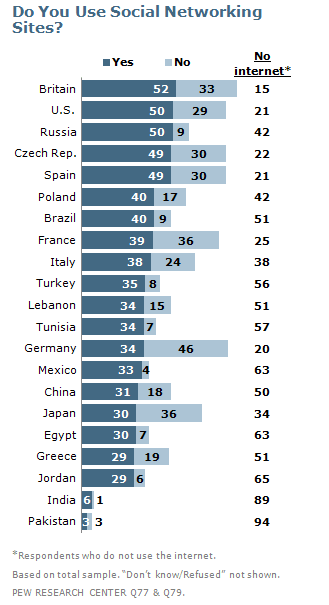 The survey also finds that global publics are sharing their views online about a variety of topics, especially popular culture. Across 20 of the nations polled (Pakistan is excluded from this calculation due to the small number of social networking users), a median of 67% of social networkers say they use these sites to share opinions about music and movies. Significant numbers also post their views on community issues, sports and politics. Fewer give their opinions about religion.
For the sake of entertainment,Among those who participate in social networks, commenting on music and movies is a popular activity, with majorities in 17 countries saying they have done this. 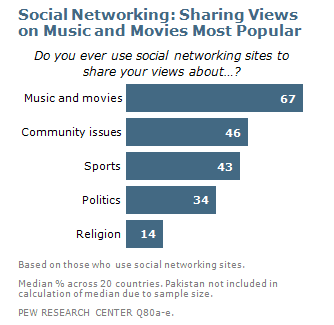 Sports, on the other hand, was a less common topic, with half or more of users of social networks in only seven countries — India, Jordan, Tunisia, Turkey, Egypt, Brazil and China — saying they have shared opinions on sports. 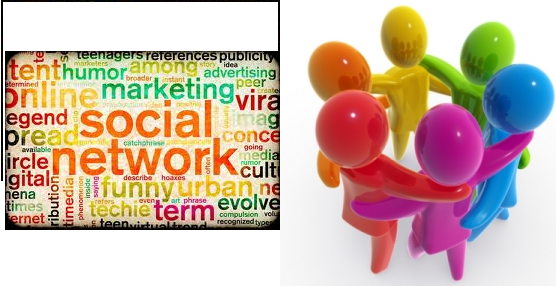 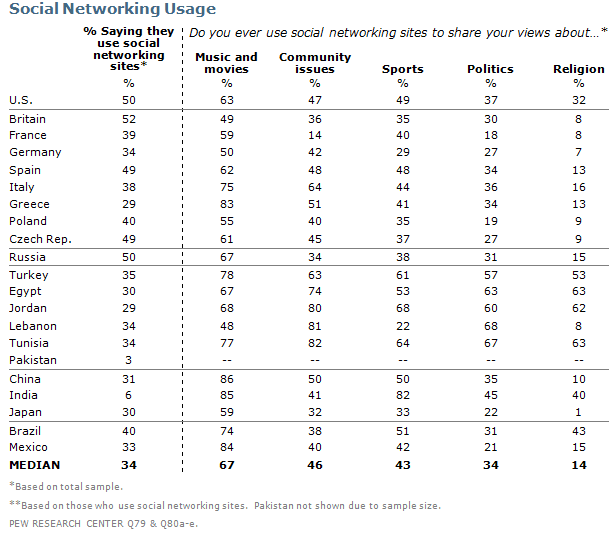 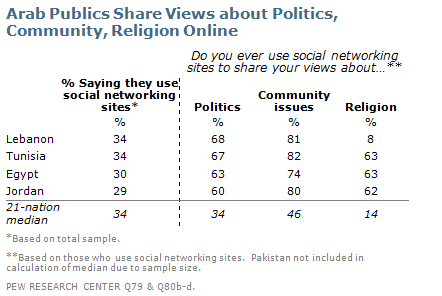 In Arab countries such as Tunisia, Lebanon, Jordan and Egypt, social networking sites are also a popular forum for expressing views on politics and community issues. More than seven-in-ten users of social networking sites in these countries have posted about community issues on these sites, and at least six-in-ten have shared their views about politics.
The most important aspect of discussing the religious aspects Arab countries are at the top of the list.said the Pew Research Center’s Global Attitudes Project survey.