Lack of safe, secure, comfortable and economic transport is one of the reasons that even skilled and educated women are unable to break out of the cycle of grinding poverty. In rush hours men crowd bus stops resulting in delay and frustration for women. To provide a sustainable solution to this issue, DRTA has taken a revolutionary step of Project Tabeer in collaboration with Al-Abrar Associates, sponsored by Zong Flutter to allow every woman the right to avail convenient transport facility to commute for work.

Mr. Awais Manzoor Tarar, Secretary DRTA,  said:
[pull_quote_center]With the very first initiative of its kind taken by private sector, DRTA in collaboration with Al-Abrar Associates and support of Zong wishes to take the endeavors of Government of Punjab for women’s empowerment to a new level. Public Transport is one area where we feel women face a number of problems and hence we couldn’t think of any better platform than a dedicated van service for the working women of Islamabad and Rawalpindi which will offer them a safe and easy commute.[/pull_quote_center]

Ms. Esna Bhatti, Product Manager Flutter, ZonG, said:
[pull_quote_center] We are grateful to RTA, Al-Abrar Associates and the Government of Punjab in turning the Tabeer project into a reality. Since ZonG Flutter is all about females, the project was a natural fit with the values that ZonG Flutter stands for. Hence, we decided to become the principal sponsors of the project.[/pull_quote_center]

Ms. Nabila Yazdani – Deputy Director HR, ZonG, said:
[pull_quote_center]At ZonG, we are sensitive to the many problems faced by Pakistani women to stand up for their rights and understand the hurdles faced by Pakistani women every single day. Hence, Tabeer is our way of letting women in Pakistan know that we respect their ambitions and want to become active partners in helping them achieve a prominent status in the society.[/pull_quote_center]

Mr. Ali Hamdani, CEO Al-Abrar Associates, said:
[pull_quote_center]We are pleased to collaborate with ZonG, Government of Punjab and RTA to bring together this very special project. Al-Abrar, Government of Punjab and ZonG Flutter share a common goal of facilitating the women of Pakistan. There could be no better way of empowering the women of Punjab than launching Project Tabeer, women exclusive van service providing them a safe and comfortable commute facility to get a step closer to their dreams and ambitions. We plan to expand this facility in other areas of Punjab after initial success in the twin cities.[/pull_quote_center] 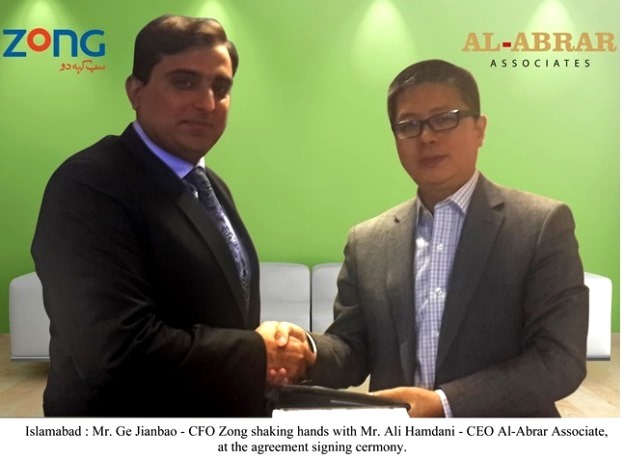