Zong Increases Data Tariff up to 40% 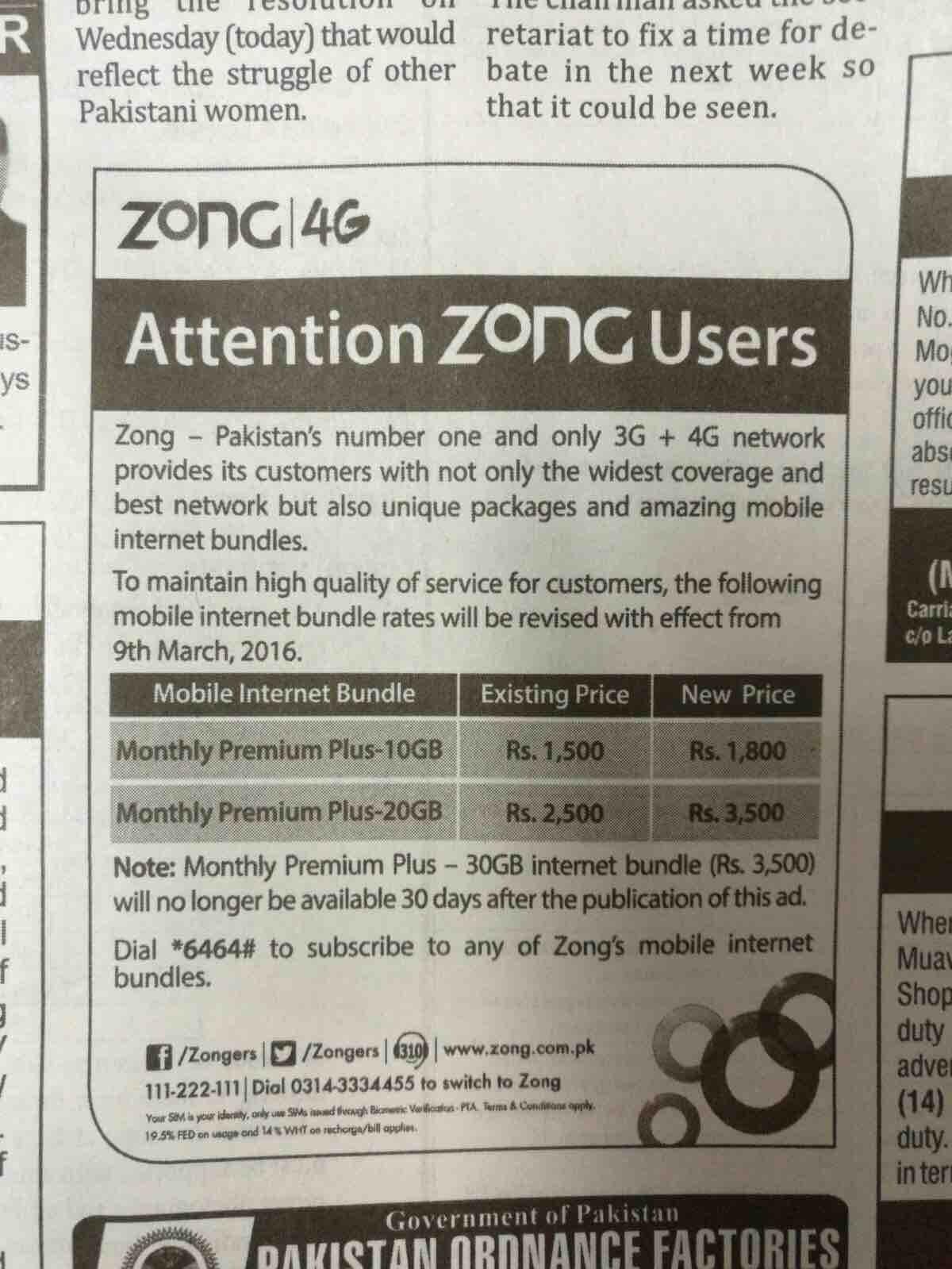 Now it is cleared that the last Press Conference by Zong’s Deputy Chief Executive Officer Niaz A Malik, in which he revealed about Zong’s future investment plans, was to mentally prepare Zong users for increase in data prices. As he shared with media that:

Answering an interesting question of journalist, Mr. Niaz said that Zong will not go for any type of loan from banks etc to do these investments but now it is clear that from where Zong is going to grab this money and later on invest it in 3G & 4G network expansion plans.

Unfortunately, the rest of world is using internet on as low charges as possible but in Pakistan sometimes Tax charges are increased by the Government and next time the operator itself increase the charges while making internet connectivity more expensive.