Zoom was in the headlines due to a growing number of security and privacy concerns. Usually, when any app gets highlighted because of privacy concerns then it loses its users base automatically but in case of zoom, the story is completely different. The Zoom’s privacy issue doesn’t seem to have stopped people from using the video conferencing app. Despite losing its users base, it has surpassed 300 million daily Zoom meeting participants.

Zoom User Base Grows to 300 Million Despite Security Backlash

The company reported that’s up 50 per cent from the 200 million and a huge jump from the 10 million back in December. In the last three weeks, the company fought to quell a backlash around security and safety but surprisingly its user base grew by another 50 per cent at the same time.

A few days ago, after internet trolls were able to disrupt Zoom video chats, the app was banned by governments in Germany, Taiwan and Singapore, by many schools around the world, Elon Musk’s venture SpaceX and Asia-focused bank Standard Chartered.

The Zoom gets famous among the people so suddenly during this ongoing coronavirus pandemic in order to stay connected with their friends and family members.

You can see Shares of Zoom in the graph: 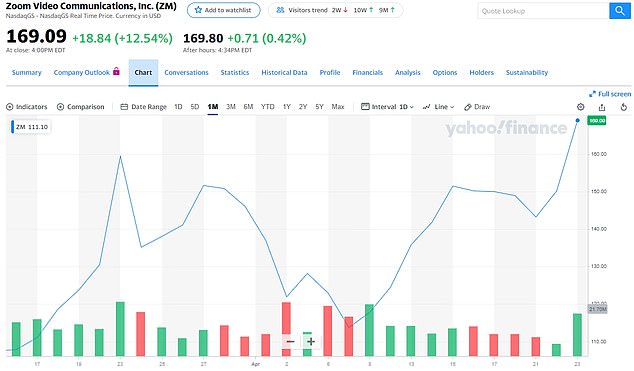 Zoom says that the figure also included daily meeting participants- for example, you have five Zoom’s meeting in a day then you are counted five times. In the same post, Zoom also highlighted that it has “more than 300 million daily users” and that “more than 300 million people around the world are using Zoom during this challenging time.”