When it comes to under-display cameras, ZTE is a pioneer in this. There were huge risks in the beginning, but they took a stand. Unfortunately, the first effort was unsuccessful. The quality of the photographs on the camera behind the display surface did not stand up to scrutiny and failed to make a strong statement. The ZTE Axon 20 will be remembered as the first under-screen camera experiment that failed. Despite the setback, ZTE is committed to bringing modern technologies to the public. The new Axon 40 smartphone, which will have the third generation under-display camera system, is on the way, and an alleged live image has just appeared online.

ZTE Axon 40 has an Under-Display Camera

A leaker shared a live photo of the front, indicating that the camera’s location is virtually indistinguishable from the rest of the panel. According to reports, the screen will have a resolution of 1440p. It is wrongly referred to as 2K by some manufacturers. This is a step forward from the AMOLED of the Axon 30 and nubia Red Magic 7 Pro. 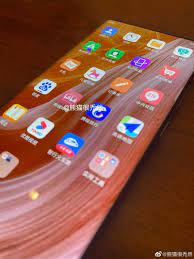 To accomplish a seamless appearance, the pixel layout of the small portion of the screen over the camera has been changed. The pixel density will be enhanced to Full HD equivalent instead of previous-generation panels.

AMOLED Panel of the Smartphone

The AMOLED panel will also have incredibly curved sides that virtually cover the borders on the left and right, whereas the top one is as tiny as it gets, according to the image. PWM (pixel-width modulation) dimming is also predicted for the new screen.

What do you think of the new smartphone’s under-display camera? Will it be a success? We’ll simply have to wait and see what happens. Keep an eye out for more breaking tech news with us!

Also read: Sega is All Set to Compile Sega Origins in 2022