The video, which appeared to have surfaced on Sunday night, purportedly showed Zubair having an intimate relationship with an unnamed lady. The video went viral on Twitter.

Netizens have been disputing the validity of the video and, if it is genuine, how it was released. Many politicians have fallen victim to such an act; many politicians in the country are not on their best behaviour, which is a reality. 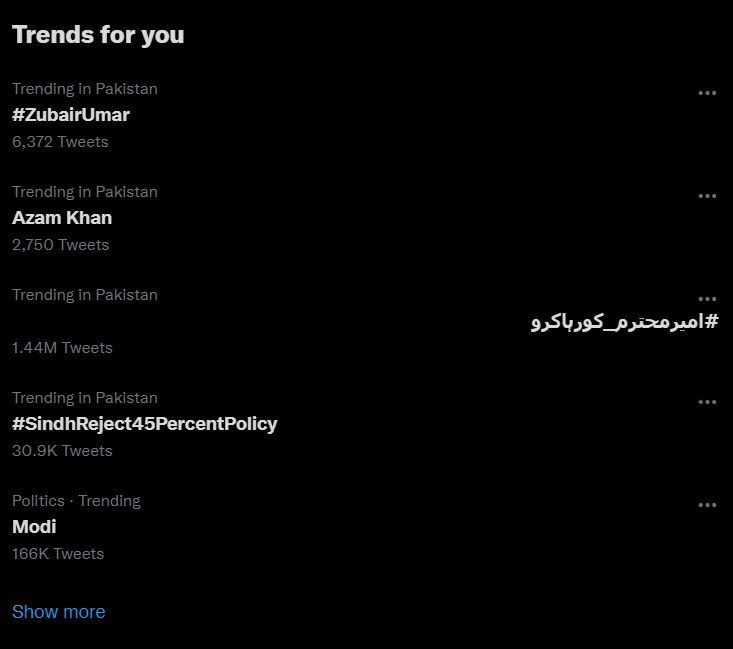 This is no politics. In fact a new low !! By launching a fake & doctored video against me.
Whoever is behind this has done an extremely poor & shameful act. I have served my
country with honesty,integrity & commitment. Will continue to raise my voice for betterment of Pakistan.

Meanwhile, Muhammad Zubair Umar has labelled these videos as doctored and fabricated. He has stated that he is not in these recordings and that he would investigate the viral video’s authenticity. These videos, according to Zubair Umar, are part of a conspiracy.

Earlier this year, the PML-N leader was engaged in yet another scandal after it was revealed that his daughter and son-in-law were vaccinated out of turn despite the fact that they were neither health workers nor old.

At the time, a health department official stated that the facilitator had been suspended and that an investigation would be performed.

Zubair was considering leaving the Pakistan Muslim League-Nawaz. Because of the issue, some people have started trolling and ridiculing Muhammad Zubair. The members of the party have not yet made any comment. The senior politician’s family members have likewise remained silent on the issue.

I have talked to the concerned person and he says its doctored and fake. https://t.co/7y8V3BuH8F

Got to know about #ZubairUmar ‘s video; appalled to see what garbage level politics in Pakistan is turning into. PMLN has a habit of doing this & Maryam herself proudly boasts how she has “videos” but if she is choosing introduce this brand of politics, Pakistan is doomed.

First of all, our politicians should be hanged on a common cross so that an example can be set for the other beasts. #ZubairUmar

Seems like an inside job of MLP™️ (Maryam Leaks Productions)

Everyone has their own theories about what occurred, the investigation is continuing along, and there will be new findings about the case that we will learn about from the investigating authorities in the coming days.