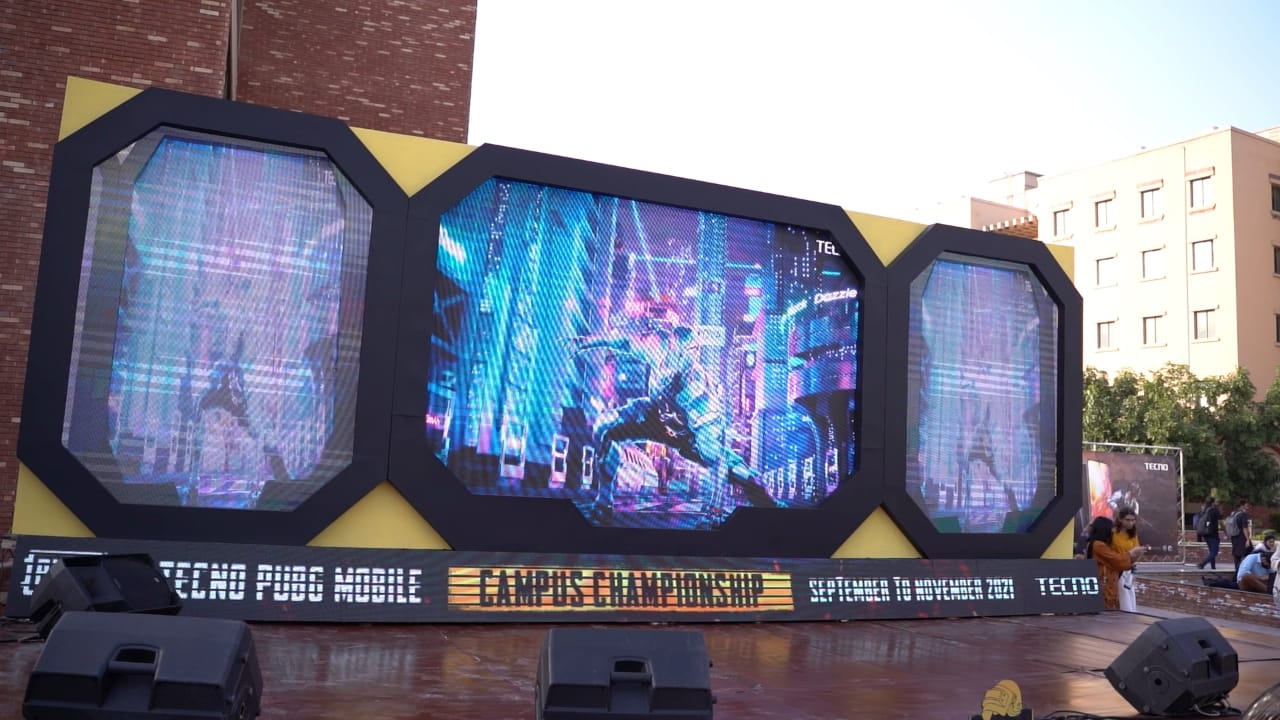 During the battery drain test, a few students were provided with the Tecno Pova 2 which has a humungous battery of 7000 mAh.  The devices were fully charged when provided to the students and they were asked to use them at full capacity. Consequently, the students played games persistently with peak brightness, Multi tasked and connected to the high-speed internet all the time. The student drained the most battery life in 7-8 hours. The students who won the battery test were awarded cash prizes.

They provided us with the 7000 mAh battery phone and one student used it continuously for 7-8 hours and got a reward of PKR 8000. – Student

According to the organizers,

We were pleased to see how students participated and lifted the spirit of the competition. 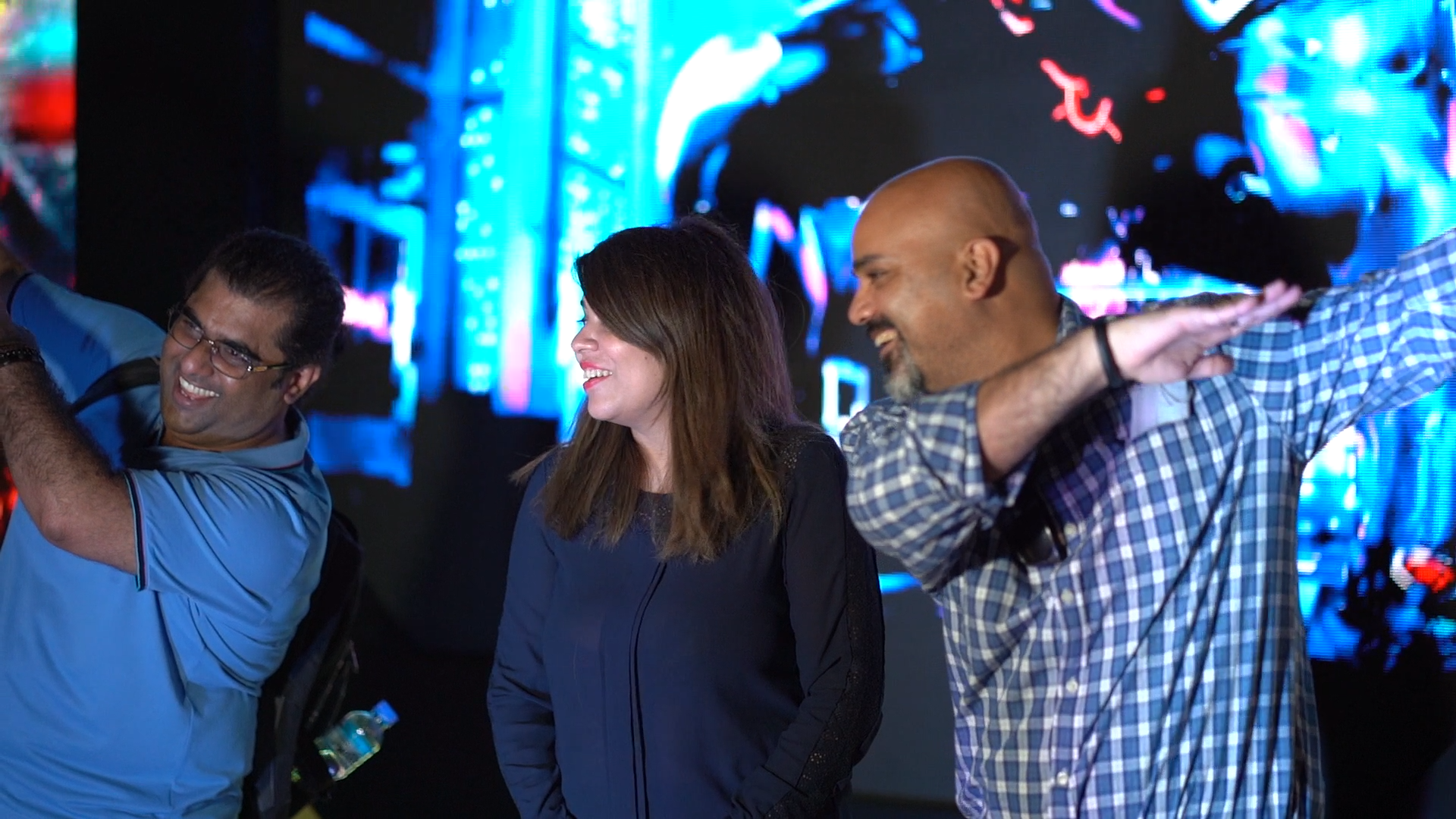 Then, the PUBG tournament was initiated and the first university to host the event was Comsats university. Soon the event became a trend on social media after the list of universities was announced on TECNO’s social media accounts. 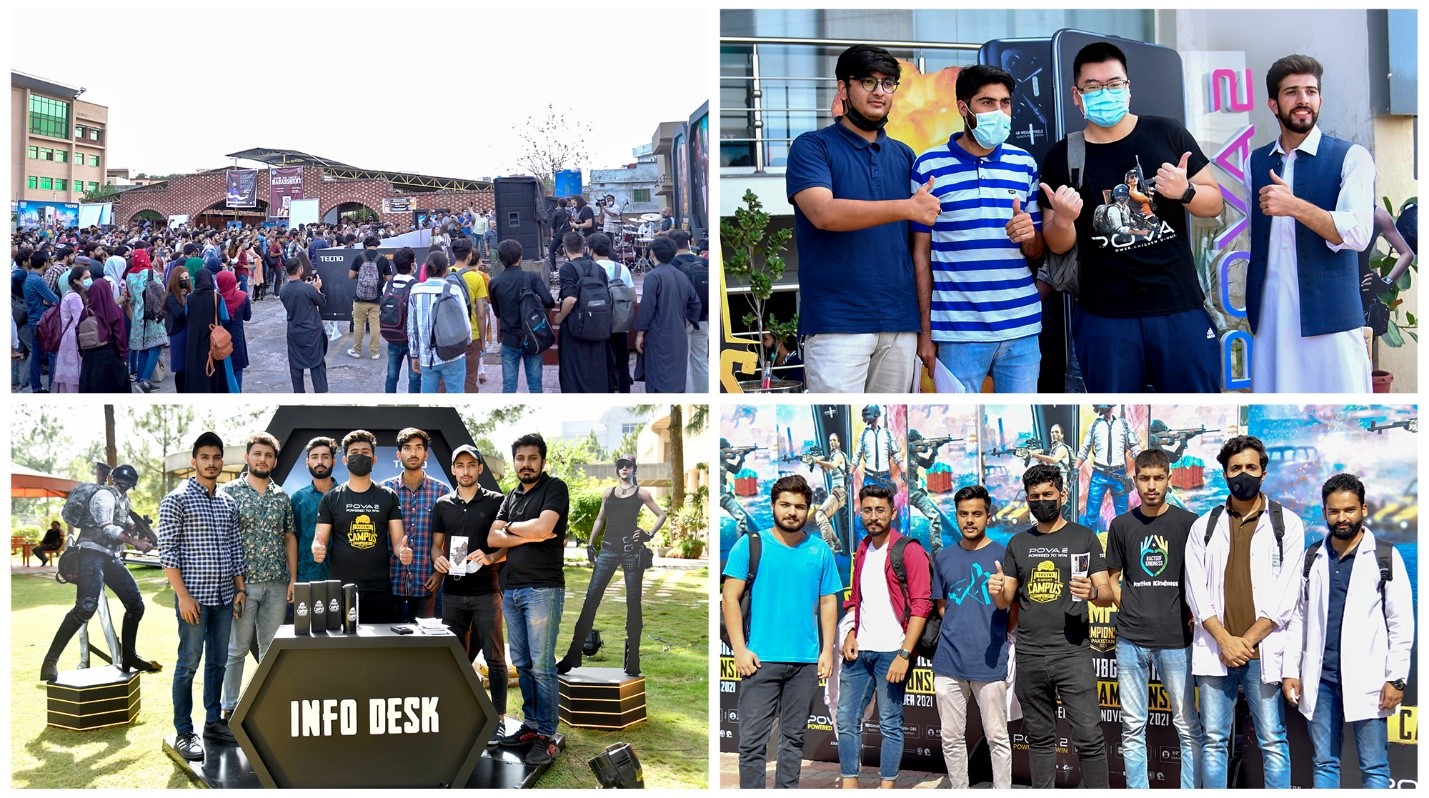 Starting from the AIR University, a total of 69 teams participated and engaged in healthy competition. In the aftermath, Team Clown won the competition held at Comsats University.

Afterward, TECNO went to Abasyn University to organize the PUBG event. A total of 81 teams participated in the competition and Naughty or What Team won the championship and qualified for the finals.

After Abasysn, the organizers moved to the COMSATS University and a memorable event took place. It was a huge event and a total of 180 teams took part. After a fierce competition, Deadly Demons won the championship and qualified for the finals. Furthermore, some other activities also took place at Comsats University which made this event more interesting. These activities include a special Concert of “21 The Band” in which a number of university students participated and the whole environment were astounding.

Finally, it was the turn of Iqra University, in which a total of 139 teams participated. The team Fearless Guild from Iqra succeeded among the 139 teams and have qualified for the finals.

TECNO PUBG Mobile Campus Championship successfully concluded in Islamabad. TECNO successfully organized the event in four top universities of Islamabad and now the winners will compete in the Grand Finale which will be held in Lahore on November 20, 2021. So stay tuned and get ready for Lahore to witness the thrilling final of Tecno’s PUBG Mobile Campus Championship.

Check out? Tecno Pova 2 Full Review: The New Battery King of the Market