It is rumored that Apple by the next year, will remove the notch. Apple has got the patent, according to which both forms of biometric authentication i.e. Face ID and Touch ID could be embedded into the display. It would even be possible to embed the front-facing camera into the screen, though this is likely to be a later development. iPhone’s current design has the imaging sensor next to the display, rather than part it, still the notch design does somewhat give the impression of it being part of the screen, Apple explained. Apple has won the patent for In-Screen Touch ID and Face ID. 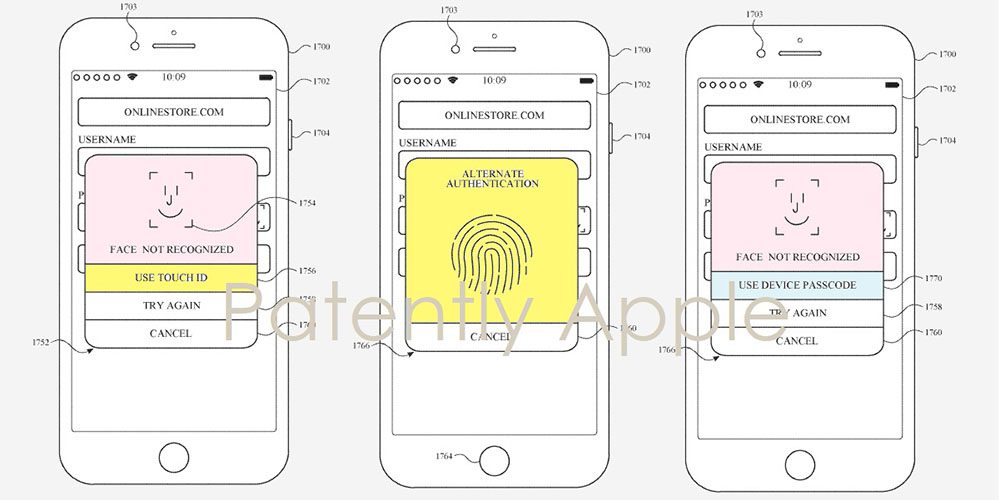 With the patent, the main focus is to embed the image sensor into the display in order to read a fingerprint that is, embedded Touch ID. For simplicity purposes, many embodiments that follow reference a construction in which an electronic device implements through-display imaging to capture one or more images of a fingerprint of a user touching a specified region i.e. an “imaging region,” above an imaging aperture of the display of the electronic device.

Other forms of biometric identification, including Face ID can be used, Apple said. An electronic device can implement through-display imaging for any suitable imaging, sensing, data aggregation, or light capture purpose including, but not limited to face recognition.

It will be a win-win situation by having both Face ID and Touch ID embedded into the display, and it also means that Face ID can be embedded into Mac displays, thus the need to have a wider bezel or notch is no more a need.

In the future, it is possible that the front-facing camera will also be be embedded into the display. Though, initially this attempt effected the quality negatively i.e. haze, low contrast, and inaccurate white balance issues arose. These issues should not hinder Face ID, but nevertheless, these issues will be come.