Galaxy Watch Active 2 will be powered by the Exynos 9110

The device has just visited the FCC giving us a clear hint that its launch is imminent. The device carries the model number SM-R830 and has a 40mm watch body. Based on the drawing, there will be another stainless-steel version of the watch. It may possible there will be a larger 44mm variant. Or we can say another version with LTE support. But we are not sure about it.

Both will be powered by the Exynos 9110. The regular Bluetooth variant will have a 768MB of RAM while an LTE variant may come with a 1.5GB of RAM. The 40mm will have a 247 mAh battery while the larger 44mm gets a larger 340 mAh one.

If the phone will launch with Galaxy Note 10 then the launch is quite imminent. We will surely get official information about the phone very soon. 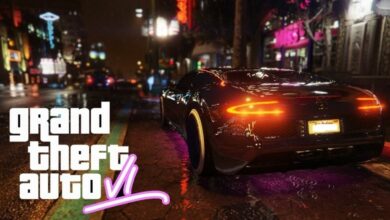 Rockstar to Use Insane Photorealistic Graphics for GTA VI – Leaks