SimSim by FINCA, a leading mobile wallet in Pakistan participated in the “DIGITAL YOUTH SUMMIT 2018” held in Peshawar; a particularly useful platform for SimSim to present its technological work.

SIMSIM PARTICIPATES in the Digital Youth Summit (DYS) is a technology focused conference that has been organised by collaborative efforts of KP government and the World Bank.

Commenting on the occasion, Mudassir Aqil, CEO of FINCA said:

“35% of Pakistan’s population still deals in cash, which is invisible making people unidentified in the economic landscape. We need to figure out a way to put this cash in the bank. For this we felt the need of a 21st century banking solution which would be frictionless, would require no paper work, where Bank account opening and transactions can be done on the go and most importantly should be free. SimSim fulfills all these requirements.” 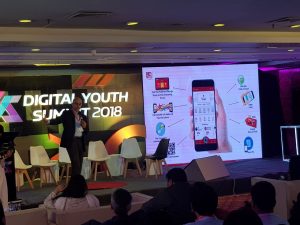 More than 3000 delegates from the technological world were present in the conference which included 90 startups and 100 speakers. 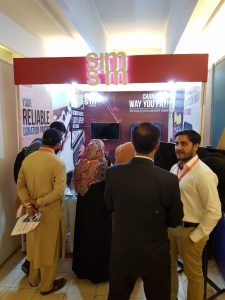 The conference mainly discussed the challenges faced by businesses in Pakistan and how they can be addressed through technological advancement. The participants debated over many persisting issues that need to be addressed which involved the role of government in the IT sector, initiatives to involve the youth and create a business platform that can be more inclusive for women and the entrepreneurs particularly under 30. 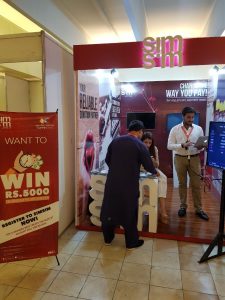 The summit aims to bring together “the next generation of digital innovators in Pakistan” and typically attracted three types of audiences: tech industry leaders from Pakistan and abroad, the nascent startup community; and young people looking to network, learn and be inspired. 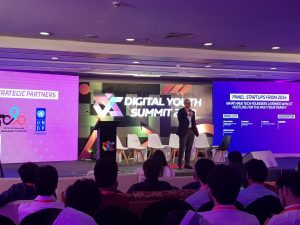 SimSim set up a booth at the event where they gave live demos of their mobile account and its products. The youth was very inquisitive to find out about SimSim. The booth also hosted a competition called the “Fastest Finger First”; in which top 5 fastest account openers won Rs.5000 each. This competition attracted many.

FINCA the parent company of SimSim has always dispensed its efforts in facilitating young entrepreneurs by having the highest average loan ticket size in unsecured lending in the Pakistan microfinance sector.

FINCA Microfinance Bank Limited is part of the FINCA Impact Finance Network, a group of 20 microfinance and financial institutions that provides socially responsible financial services and enables low-income entrepreneurs and small business owners to invest in the future.

FINCA is also one of the fastest growing microfinance networks in Pakistan with 120+ branches in 108 cities across the country. Since its inception 10 years ago, FINCA Microfinance Bank has given over PKR 60 billion through 700,000+ small loans to microenterprises, helping them grow their businesses, and creating thousands of new jobs. It also provides attractive deposit options and state of the art payment solutions with an unparalleled customer experience.

It also recently launched a first-of-its-kind mobile wallet, SimSim that can be opened and operated from one’s smart phone. Anyone can open an account remotely in just 1 minute. SimSim empowers users by providing a payment solution that not only allows zero cost transactions, but also enables one to create one’s own payment ecosystem. FINCA is the first microfinance bank in Pakistan to receive Smart Certification, recognizing its long-standing commitment to client protection. FINCA is a name you can trust.