Just wait for few years and we have bright future ahead. Because there is a solar revolution happening in Pakistan. Millions of Pakistani are living without electricity and power cuts are common across the country. Which has adverse effects on the daily routine of the people. They even can’t get in touch with current affairs and remain ignorant about what’s happening around them. However solar revolution in Pakistan has solved this issue to a large extent.

Pakistani entrepreneurs have realized this issue and have started working on it. Entrepreneurs are bringing solar power to rural communities. Which provides electricity to light the bulbs, fans and USB charging points. By this facility, people now easily can charge their phones to be in contact with their family members and friends.

The plus point is that solar power costs you only similar to kerosene light. Which saves the costs and will not put any burden on the pocket.

Solar power could revolutionize the lives of rural communities in Pakistan. It gives them electricity far faster and cheaper than the expanding grid. Along with the entrepreneur, government is also working on the promotion of solar power in rural areas. 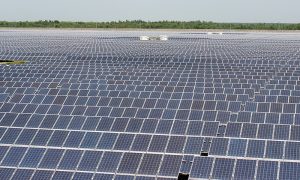 Then government plans a tenfold increase in the number of solar farms. However, cheap and simple solar systems are already changing thousands of lives in rural areas of Pakistan.

This technology can be used for 10-16 hours a day depending solely on the sunshine available. So we can’t compare it to a power plant that has a maximum capacity of running 12 hours at average with a power plant that can, at its maximum, run for 24 hours a day. But as we all know that in rural areas there is no availability for electricity even for 10 hours, so solar power by providing 10-16 hours have made their life easy in so many perspective.