The advent of 21st century and rise of technology has completely revolutionize the world. In the last decade of previous century, mobile and Internet were seen as rare commodities. And there was no concept of social media or digitalization. Especially, in developing country like Pakistan, people didn’t even know about these things.

But, in the last one and a half decade, things have changed dramatically. First, the number of mobile users grew exponentially. Then social media tightened the grip over the masses. And finally the inception of LTE fast internet in Pakistan completely changed the tech sector of the country.

Check out? WhatsApp for iPhone Gets Dark Mode in Fresh Beta Update

Therefore, i am going to share some Digital facts of Pakistan in 2020. It will consist of figures related to mobile phone, Internet and Social Media users. 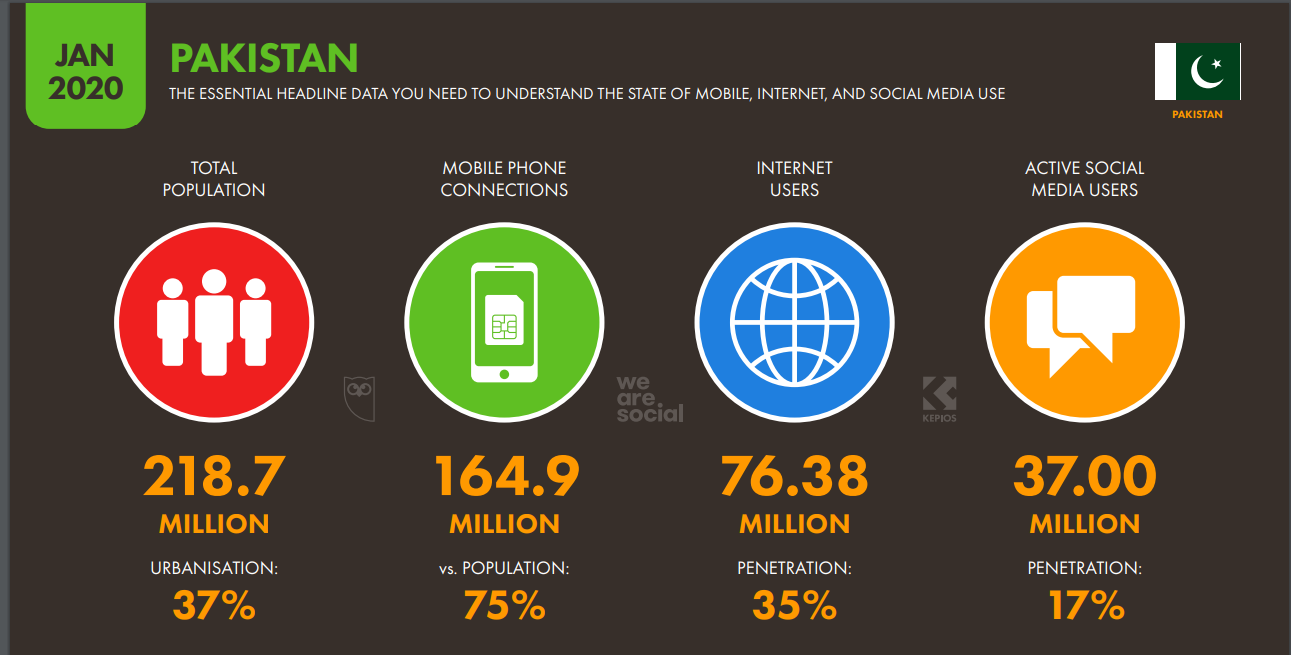 As you can see in above mentioned picture, the mobile phone users in Pakistan stood at 164.9 million. That’s around 75% of the total population. Similarly, the total number of Internet Users stood at 76.38 million. While the number of Active Social Media users are 37 million. 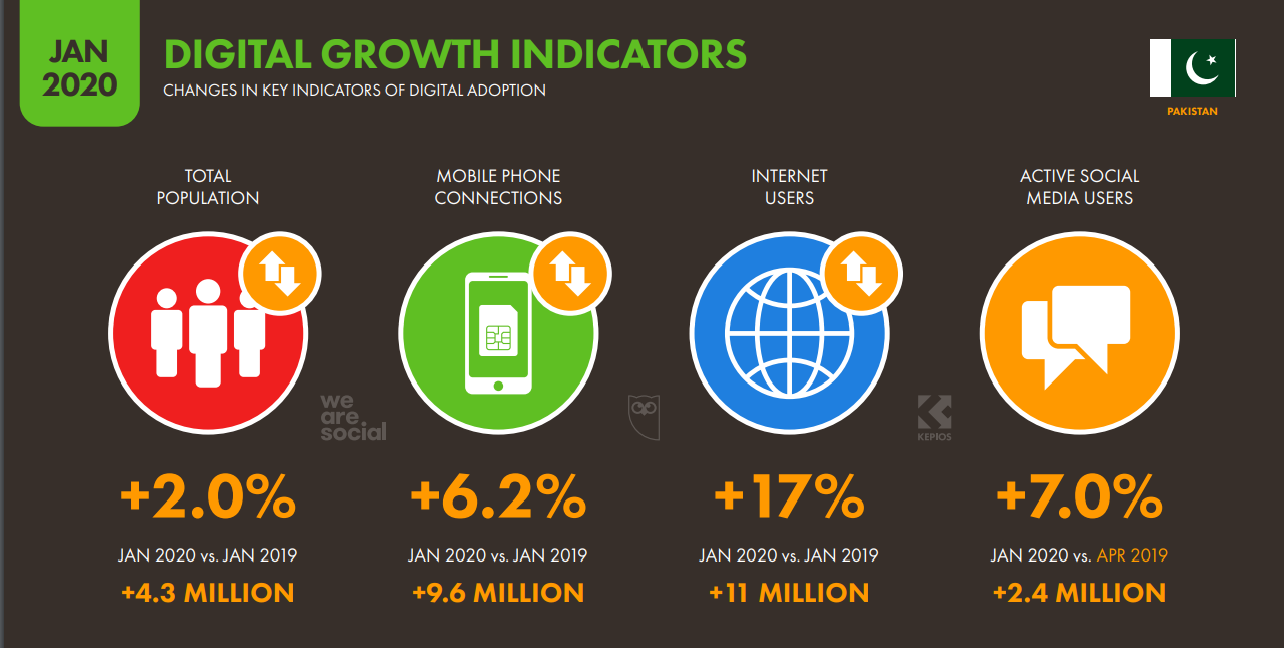 Now, I am going to compare the current stats with the last year figures. And we will analyze the growth rate in one year. The total population grew 2% (4.3 million). Internet users increased by 17% (11 million). While the active social media users grew by 7% (2.4 million). So that’s a considerable growth in one year.