The upcoming Xiaomi Redmi K20 has been in the pipeline of rumors since last month. We had been getting a lot of teasers regarding this flagship Killer on a daily basis. According to some sources, the Flagship Killer by Xiaomi is all set to give a tough competition to its rivals. Recently, Flame Red Redmi K20 Render surfaced online.

My Smart Price has recently reported about a leaked render of Redmi K20. It shows a holo-reflective panel on the back and a vertically positioned triple camera setup. Let’s have a look at that. 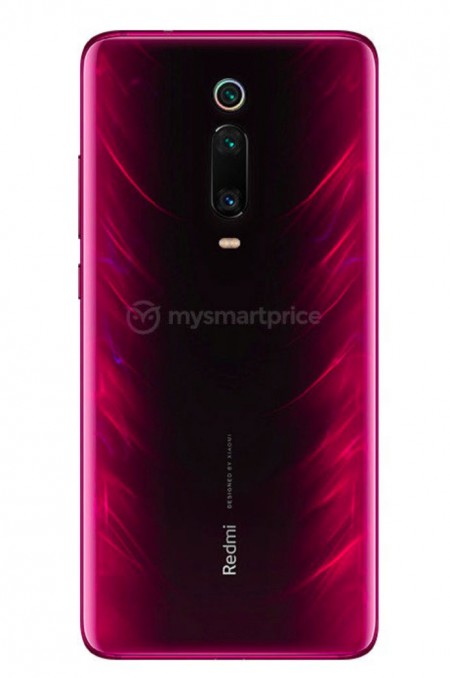 Specs-wise, the flagship phone will feature a 6.39-inch OLED display with a 19.5:9 aspect ratio. Moreover, It will sport a pop-up 20MP camera with f/2.0 aperture together with the main cameras including a 48MP sensor with f/1.7 aperture and 1.6-micron sized pixels. The smartphone will sport a massive 4,000 mAh battery cell to keep the lights on. The K20 color options are expected to be Carbon Black, Glacier Blue, and Flame Red.

Furthermore, Redmi will use the DC Dimming feature on the K20 and will sport a fingerprint scanner that will be equipped with a 3P lens. Moreover, it will have 7.2μm ultra-large pixels and will boast a 100% higher photo-sensitive area and 30% more accuracy than the previous generation scanner. The best part is that the fingerprint scanning area of the upcoming smartphone will also see an increase of 15%. The previous teaser clearly shows that the upcoming flagship will come with Gaming Turbo 2.0. It will go official On May 28.